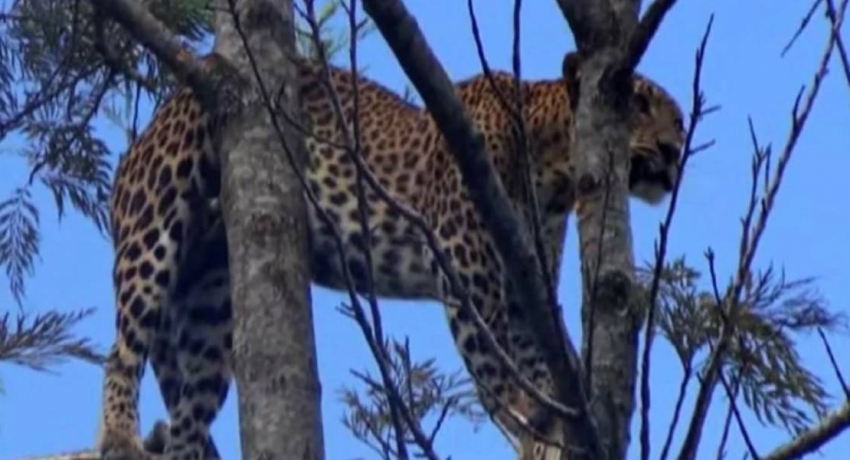 Leopard dies after being rescued in Maskeliya

Leopard dies after being rescued in Maskeliya

COLOMBO (News1st): A leopard which was rescued after being trapped in a tree in Maskeliya has died due to internal bleeding, officials said Sunday.

The leopard had been rescued by wildlife officers yesterday when it had been trapped in a tree since Friday evening at the Gartmore Estate – around 146 kilometres from Colombo.

A postmortem examination had revealed that it had died due to internal bleeding, wildlife officer Prabath Karunathilake said.

The leopard was sent to the Randenigala Veterinary Hospital for treatment after it was rescued last afternoon.