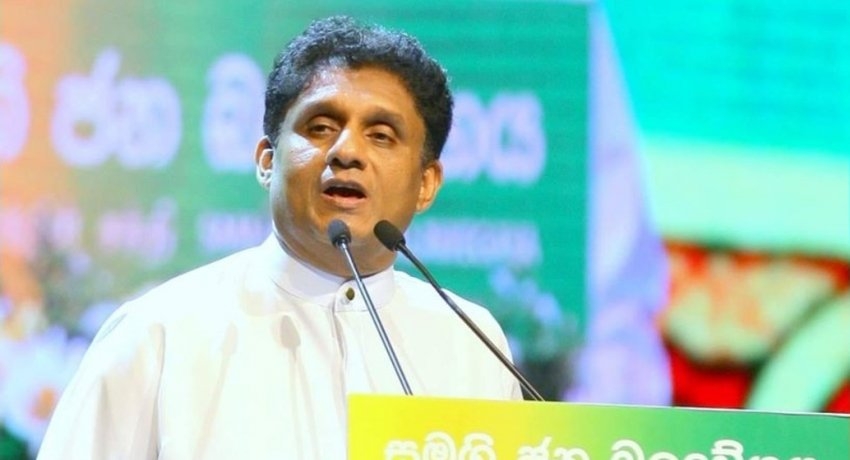 Sajith Premadasa’s new alliance to contest under the symbol of the telephone?

Sajith Premadasa’s new alliance to contest under the symbol of the telephone?

Colombo (News 1st) –  The Working Committee of the United National Party convened today. However, a majority of its members were not present. The meeting which was headed by Ranil Wickremesinghe did not see the attendance of a majority of members including Sajith Premadasa.

UNP General Secretary Akila Viraj Kariyawasam addressing a media briefing afterward noted that a decision was reached at the meeting to contest under the symbol of the elephant inorder to protect the UNP voter base. He added that a decision was also reached to sign an MOU with the Samagi Jana Balawegaya following discussions.

President’s Counsel Upul Jayasuriya addressing a separate media briefing noted that the Jathika Samagi Balavegaya has been registered as a new party with a symbol, a leader, a general secretary and a new constitution. Jayasuriya added that changed could be made to the constitution if necessary in a legal manner, adding that the Chairman of the Elections Commission and the Commission itself had admitted that this has happened within a legal framework.

Att.-at-Law Sujeewa Senasinghe, speaking to the media noted that they are laying the groundwork to support leaders that are accepted by the whole country. He noted that everyone including Ranil Wickremesinghe and Akila Viraj Kariyawasam are welcome to join them. He reassured local politicians stating that they would not face any legal issues in supporting the new alliance.

Senasinghe stated that they will be contesting the general election under a General Secretary who is not under the control of Ranil Wickremesinghe, adding that this is something that has occurred after 26 years.  While stating that the UNP working committee meeting no longer holds any relevance to them, Sujeewa revealed that Ranil Wickremesinghe had attempted to retain the position of General Secretary under his team.

Meanwhile, General Secretary of the Samagi Jana Balawegaya Ranjith Madduma Bandara informed the National Election Commission that the alliance is hoping to enter the race for this year’s general election. The telephone had been used as the symbol of the alliance in its letterhead.

During a media briefing convened at the UNP Headquarters, former parliamentarian Rajitha Senaratne noted that following discussions with Karu Jayasuriya and Ranil Wickremesinghe, the UNP leader had agreed to vest two powers under the party’s constitution with Karu Jayasuriya. While noting that these powers cannot be taken away without a party convention, Senaratne revealed that an agreement had been reached to grant Jayasuriya these powers.

However, Gen. Secretary of the Samagi Jana Balawegaya Ranjith Madduma Bandara refuted these claims stating that they had not reached any agreement to appoint Karu Jayasurya as the leader of the new alliance. While stating that they have no issue with Jayasuriya being appointed the UNP leader, Maddumabandara explained that they are ready to arrive at a consensus with him if such a change takes place. He explained that a number of UNP working committee members could not attend today’s meeting as the Nomination Board of the Samagi Jana Balawegaya also met at the same time.