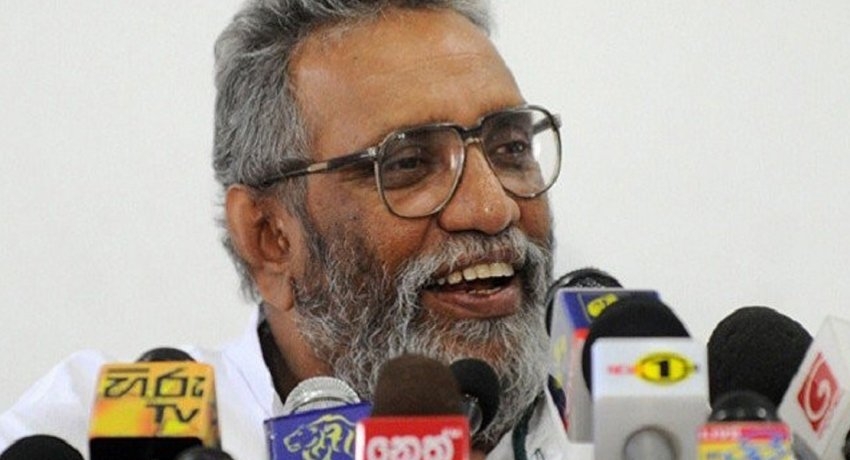 The gazette notification in this regard was released last night. According to the gazette, the General Election will be held on the 25th of April. Accepting nominations will be done from the 12th of March until 12 noon on the 19th of March. The gazette also notes that the new Parliament will convene on the 14th of May 2020.

The 2019 electoral register will be used for the general election. 16 million 263 thousand 885 Sri Lankan citizens are eligible to cast their vote at the upcoming election.

Chairman of the National Election Commission convening a media briefing today noted that there are 4 gazettes to be released by the commission regarding the election. This includes the Gazette on party symbols, the gazette on returning officers, the number of candidates accepted for each district and the bonds for each candidate and a final gazette relates to allowing displaced persons to cast their vote at a different location.

Deshapriya noted that with the election being announced, political appointments, distributing goods will be stopped immediately. He also noted that state sector officials cannot be transferred unless there is an urgent need or unless there is a disciplinary inquiry.

He noted that the commission is facing a tough challenge as the month of April has 10 holidays out or 25 working days. However, Deshapriya noted that they would work together with state sector officials and the police to get this done.

The Chairman of the Commission also noted that the General election would cost an estimated Rs 5.5bn or Rs 6bn adding that they would only be able to get it done if they have the money by the 25th of April. While noting that the President is now vested with the powers to allocate funds, the option of using either wooden or cardboard boxes would depend on the number of nominations they receive. He also noted that the cost would increase upto Rs 7bn or Rs 7.5bn is the number of parties contesting the election increased.

Deshapriya also explained the commission would consider issues pertaining to the estate sector workers’ salaries and awarding jobs for graduates in order to ensure that this is not being used to gain undue leverage during the election campaign.

When questioned about the UNP and the Symbol of the elephant, the Chairman noted that it was too early to comment on the matter. While noting that there are 70 registered parties in their list, Deshapriya also mentioned that they have to consider the 156 applications filed for new political parties.