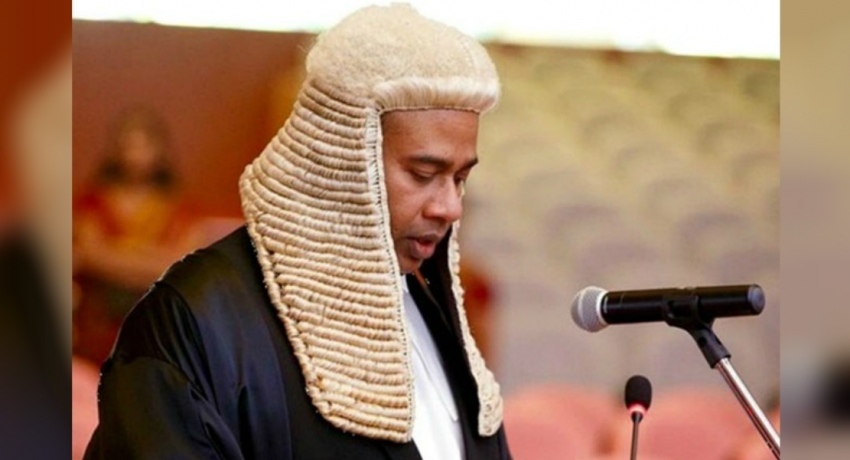 Colombo (News 1st) – The allocation of public funds by the State to the entire justice sector during the period 2010 to 2019 has never exceeded 1% of the total annual expenditure of the State, New Supreme Court Judge Yasantha Kodagoda said on Friday adding that at least 67 percent of judges of the apex courts are to retire in three to five years.

Justice Kodagoda speaking at the ceremonial welcome to the supreme courts explaining the nature of the financial investment by the State to the justice sector said the allocation of 1% or less has been for both capital and recurrent expenditure of the entire judicial sector.

” The scarcity of necessary financial resources exemplifies the standard of our courthouses, conditions of chambers and quarters of judges, the virtual absence of computerized automation and application of technological tools, and the paucity of other necessary human and material resources that should be available to the justice sector. Unless there is a significant increase in the allocation of funds from the consolidated fund to run the third organ of the State namely the justice sector, I would think improving the system and making it efficient, would be a virtual impossibility” , said SC Judge Kodagoda.

Justice Kodagoda also said insufficient judges can only result in delays in administration of justice adding it is necessary to consider whether Sri Lanka has a sufficient number of judges to administer justice expeditiously.

Justice Kodagoda also said that he believes there is a compelling need to assess and determine afresh the care of judges of all court in Sri Lanka.

He said with increasing the number of judges and the allocation of necessary logistical resources to the entire justice sector, undoubtedly the efficiency and the productivity of the justice system would increase in a tangible manner.

He stressed this would result in the expeditious passage of cases through the courts system and urged the relevant competent authorities to give serious and responsive consideration to the compelling need to increase significantly the cadre of judges of the two apex Courts namely the Supreme Court and the Appeal Court.

Of the 79 Judges of the High Court, unless elevated to the Court of Appeal, 14 Judges are to retire within the coming 3 years.

He said the position of very senior officers of the Attorney General’s Department is also similar.

“Unless they are also accommodated on the benches of the apex Courts, they would have to cease to serve the State and retire at 60 years of age. These officers will be compelled to lend their professional services to private clients, is also most unfortunate,” Justice Kodagoda said.