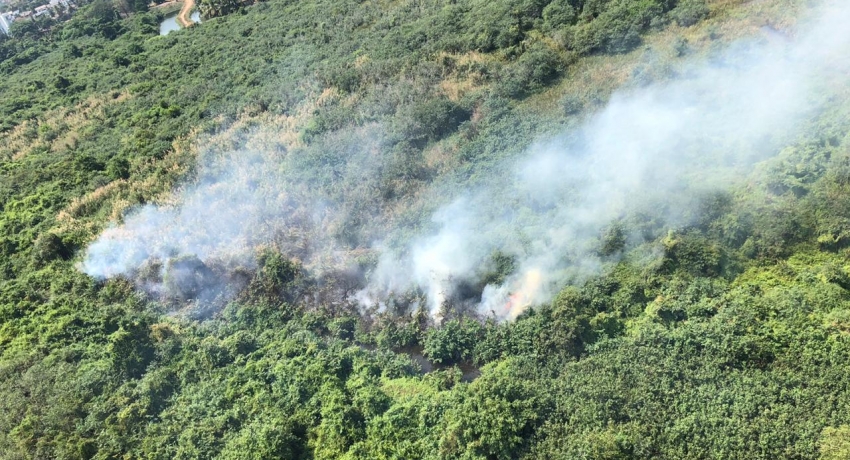 Colombo (News 1st) – A fire erupted in a swamp adjacent to the Maadinnagoda swamp in Rajagiriya located within close proximity to the parliamentary complex. The fire erupted this morning.

4 fire trucks were dispatched for the Sri Jayawardenapura Fire Department to control the fire. Dousing the fire was extremely difficult as the fire erupted close to the swamp. Steps were taken to deploy a bell 212 helicopter of the Sri Lanka Air Force.

Police suspect that the area was used by illicit alcohol smugglers as a number of barrels used to distill alcohol were found at the site. According to the area residents, the smugglers of illicit alcohol had set the forest ablaze.

An individual employed in close proximity to the location told News1st that the Police had conducted an inquiry in the area recently following complaints, but no further action was taken regarding the complaints on the illicit liqour production operation.

A team from the Police Special Task Force conducted a search operation in the area this morning.

On the 6th of February 4 suspected illicit alcohol peddlers were arrested from this forest area located within close proximity to the parliamentary complex. During the raid conducted by the Colombo Excise unit, alcohol valued at 600,000 rupees was seized.

During the past two months, many incidents of forest being set ablaze have been reported from across the country.