COLOMBO (News 1st):- The government today officially responded to the travel ban imposed by the US on Army Commander Lieutenant General Shavendra Silva. The stance had been conveyed during a meeting with US Ambassador to Sri Lanka Alaina B. Teplitz at the Ministry of Foreign Relations.

Foreign Relations Minister Dinesh Gunawardena informed the US Ambassador that the decisions taken based on unverified sources should be reviewed.

“We believe that the ban imposed on Shavendra Silva and his family was not an action undertaken based on reasonable grounds. The US Ambassador told us that she would inform the US Department of State to revoke the decision. A team from the US Congress will arrive tomorrow. We hope to discuss this matter with them as well.”

Issuing a media release the Ministry of Foreign Relations said, it is disappointing that a foreign government should question the prerogative of a democratically elected President to call upon persons of proven expertise to hold key positions on national security-related matters. It adds that the Minister said this action unnecessarily complicates the US-Sri Lanka relationship. The release further states, on coming to learn that the decision was not based on independently verified information, but on the much-disputed OISL Report of 2015, the Minister requested the United States to verify the authenticity of the sources of information.

Speaking on the issue, the Mahanayaka Thero of the Asgiriya Chapter of the Siam Sect, Venerable Warakagoda Sri Gnanarathana Thero says;

“We view this as a matter which has drawn the criticism of the Buddhists and those not belonging to the Buddhist faith. He is an Army Commander who functioned irrespective of any religious differences by working cordially and winning the hearts of many individuals. Therefore, we will not approve the imposition of such a ban on him. We also mentioned this during talks with the US Ambassador as well.”

“Within a few days, they might bar Gotabaya Rajapaksa, his wife or children from entering the US. Lieutenant General Shavendra Silva stayed in the US after the war. Were these people blind, deaf, and did they not understand this matter? Extremists who are a harm to this country are the jobless individuals who are telling such tales in the country. They travel to Europe and to countries such as the US and UK and ask them to ban the country if possible.”

Meanwhile, many politicians too commented on the issue in various places.

“Our parties are not important in the face of a problem concerning our country. We strongly condemn this decision taken by the US. The US does not have a moral right to do so. This is because the travel ban that has been imposed on Sri Lanka’s Army Commander and not on Shavendra Silva. As citizens of this country, we strongly oppose the US. We are not afraid to say that because we are not fake patriots.”

“Lieutenant General Shavendra Silva and the other soldiers acted to safeguard the rights of this country’s people. The government has a responsibility to intervene in this problem and protect our soldiers.”

Also speaking on the issue, the Minister of Environment and Wildlife Resources, S.M. Chandrasena said;

“Those opposing terrorism are curious to know if the ban on Sri Lanka’s Army Commander is true. Is the US against terrorism? The people who respect democracy are wondering if the US is building terrorism.”

US Ambassador condemns violence in Colombo 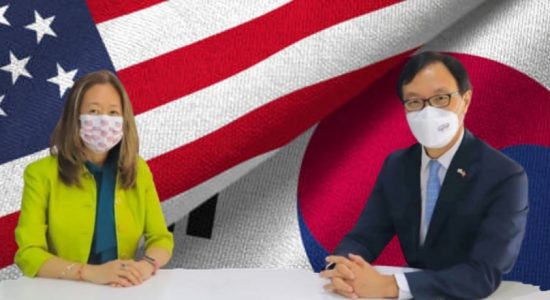 US Ambassador condemns violence in Colombo 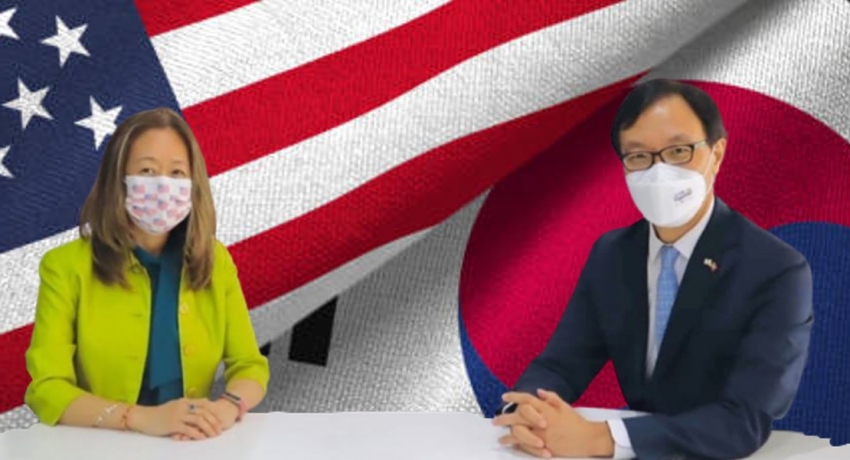