Colombo (News 1st) – The Met Department says an earthquake was reported in the Indian Ocean off the South East coast of Sri Lanka this morning.

The department’s National Tsunami Early Warning Centre, issuing a release, said the 5.4 magnitude earthquake struck at around 2.34am with its epicenter 240 km off the coast of Hambantota.

There is no tsunami threat to Sri Lanka, at present, following the quake which was recorded at a depth of 10km. Therefore, the coastal areas of Sri Lanka has been declared safe. 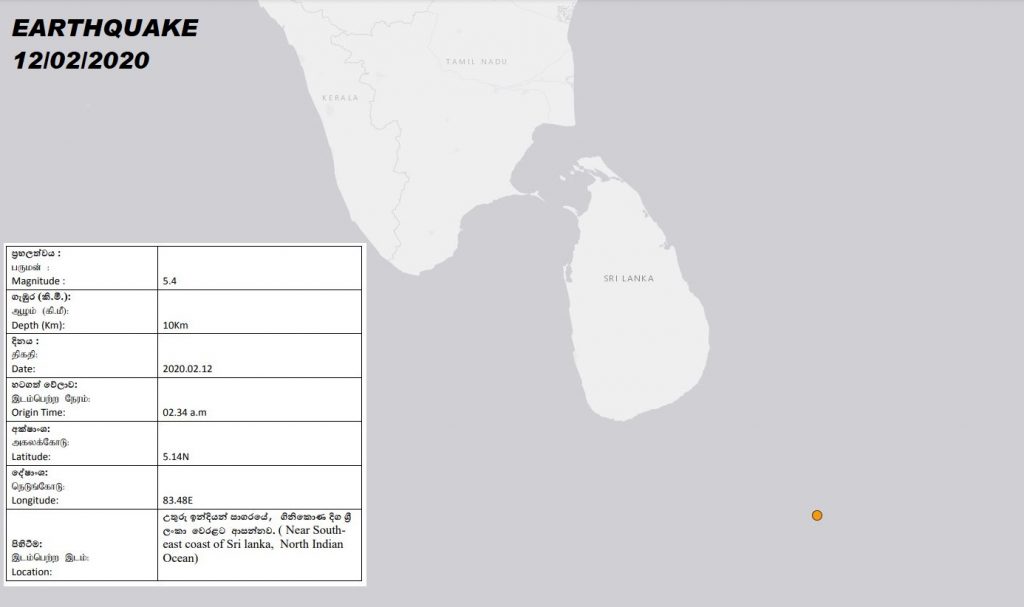 Here is a list of earthquakes that have been reported over the past week in the region, click on the image for more details …. 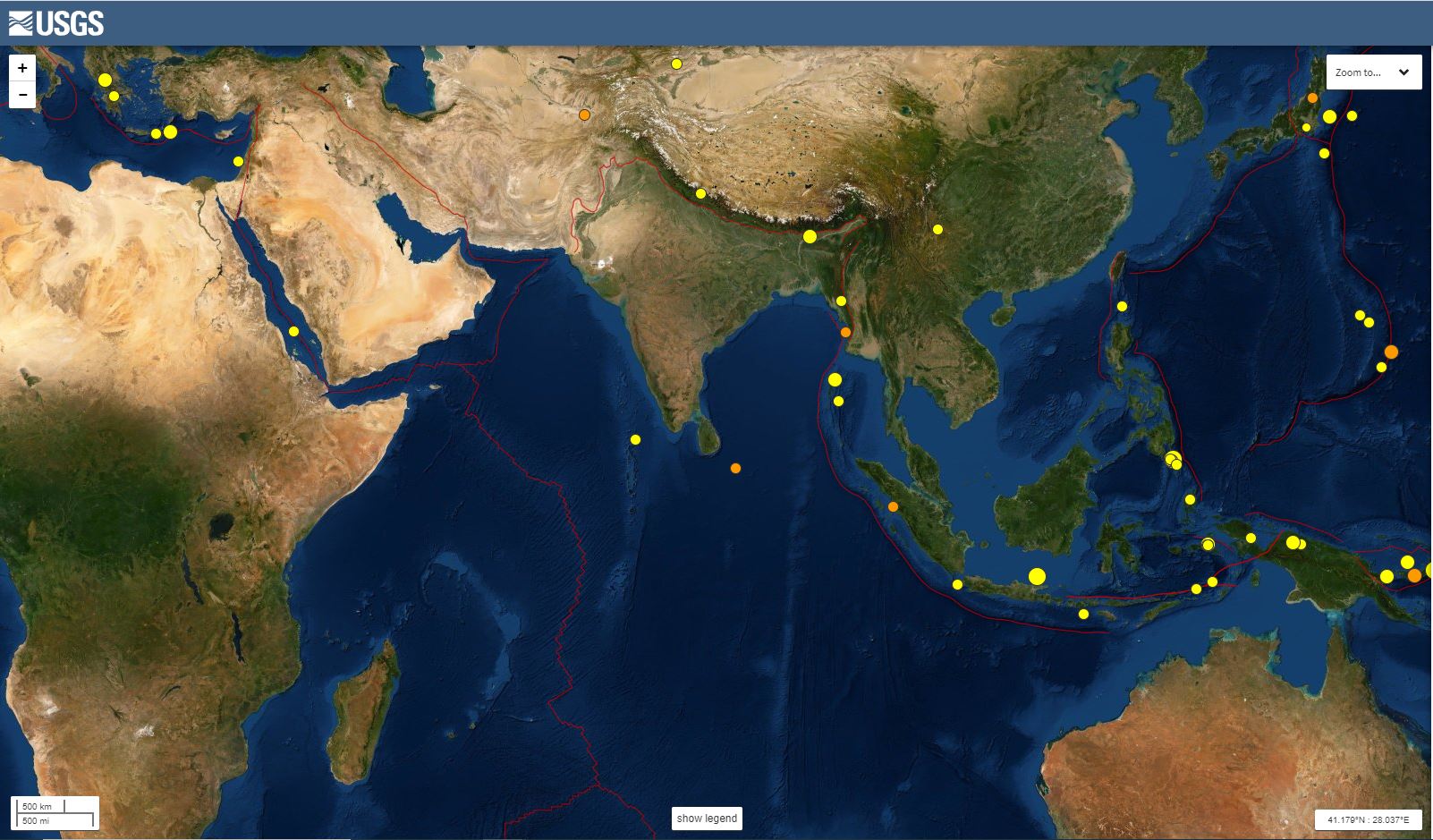