COLOMBO (News 1st):- The political arena continues to be heated up with various comments on the purchase of new vehicles worth Rs 2.8 billion.

“Rs. 3 billion had been spent to purchase vehicles for the president’s team alone from 2005 to 2015. Although Johnston Fernando remembers the purchases made between 2015 and 2020, he seems to have forgotten the purchases that were made between 2005 and 2010. All these vehicles could be sold and that money could be pumped into the Treasury. However, they make these remarks while continuing to use these vehicles.”

“During the government of Mahinda Rajapaksa in 2010, vehicles had been purchased for Rs. 72.2 billion. Johnston Fernando has forgotten about that. After his name is told, he denies obtaining vehicles. Then for whom were these vehicles purchased? Who used these vehicles between 2015 to 2019? Under whose names were they registered? I think Johnston Fernando can reveal these details during the next parliamentary session.”

“Vehicles are not procured out of personal expenses for ministers. If there was a shortage of vehicles for the ministry, purchases would have been made based on the requirements. The ministers may have used those vehicles. However, it is regrettable that Johnston Fernando has forgotten that these vehicles are now being used by the current ministers and state ministers including himself.”

“I came across a vehicle brought down by S.B. Dissanayake. Towards the latter part of the then government’s rule, someone else was using the vehicle. We have not taken these vehicles for our domestic purposes. These are useless matters which are being discussed.”

“Are these vehicles gold plated to be purchased at such rates? I would love to sit inside such vehicles and see as to whether it feels like paradise. However, it is those who came into power by promising to provide people proper lives and stop bribery and corruption, who have committed such acts. This is extremely dangerous. At school, we were taught to draw a checkmark for the right answer and a cross for the wrong one. So we follow what we have been taught at school. We draw a cross on the ballot paper. For whom do we vote? It is for those whom we dislike. So what does the Election Commission Chairman do? He sends those who have the most number of crosses to Parliament.” 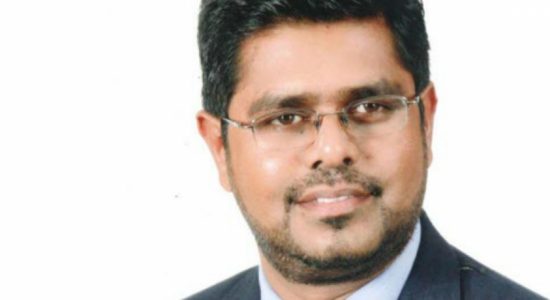 JO doesn’t have the numbers to create a caretaker Government – Ajith P. Perera