“UNF alliance will not strike deals with anyone” – Sajith Premadasa

“UNF alliance will not strike deals with anyone” – Sajith Premadasa

“Some powerful politicians from this area are asking for a two-thirds majority in Parliament. It was during the period in which they held the parliamentary majority that the Airbus deal took place and individuals became millionaires through fraudulent activities by obtaining commissions and bribes. Those corrupt practices are now being exposed. It was not through an investigation carried out in our country but due to an impartial investigation carried out overseas.”

He further went onto say:

“You all might remember, the unlawful government which functioned during the 52-day political crisis. The first appointment made by this government was given to the main accused in the Airbus deal. Now they are asking for a two-thirds majority to create individuals who are hungry for commissions. The money which was lost by the country through the deal could be used to provide lunch for 4.4 million school children. Pregnant mothers could have been given nutrition packages. Jobs could have been provided. The current government has lost the opportunity of welcoming a prosperous new year. That is why they are holding private discussions to dissolve Parliament at the earliest. There is no point in holding such talks. I am the Opposition Leader. Our UNF alliance will not strike deals with anyone. We will not sign secret agreements. Therefore, dissolve Parliament at the correct time instead of holding such secret talks.” 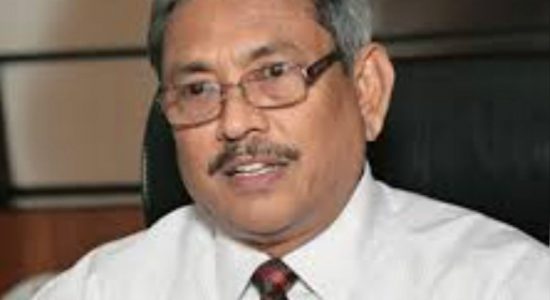