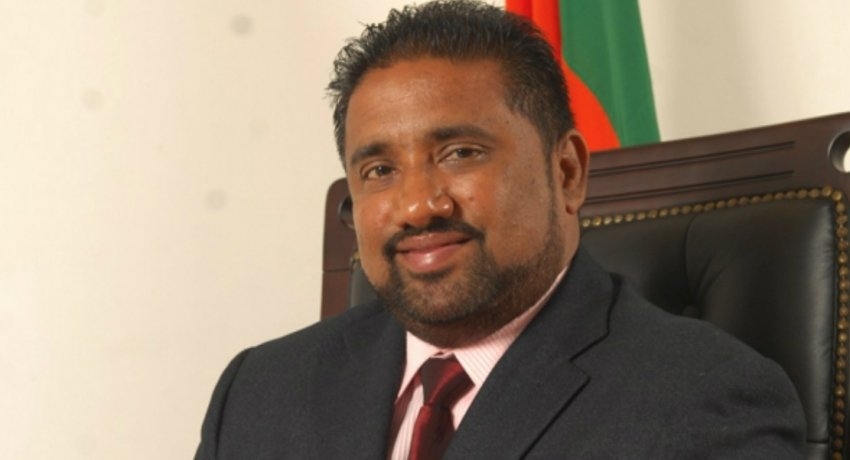 No joint leaders for SLPP – SLFP

No joint leaders for SLPP – SLFP

Colombo (News 1st) The Sri Lanka Podujana Peramuna reiterated that they will not agree to appoint joint leaders to their alliance.

This country has a very bad experience with coalition governments. During the reign of the government of good governance when one faction tries to do something, the other faction works to sabotage it. The people of our country do not have to go through something like that again. The people of this country are waiting for a government where Gotabaya Rajapaksa is the President and Mahinda Rajapaksa is the Prime Minister.

Many parties entered into agreements with the Sri Lanka Podujana Peramuna and worked with us for the previous presidential election. There will be some changes when we contest for the general election. We will be making these decisions at a district level. We will be contesting the election in a spirit of brotherhood, and we will implement a program that is favourable for the country.

Journalist: Does that mean you will form an alliance with the Sri Lankan Freedom Party?

Rohitha Abeyagunawardena: Definitely, the Sri Lanka Podujana Peramuna is the parent party. The SLPP is the main party in the alliance.

Journalist: What about the joint leadership?

Rohitha Abeyagunawardena: Those are just casual things that they speak of. There is nothing like that.

Prof G.L. Pieris: We are not in favour of joint leadership. Our leader and the leader of the party is Mahinda Rajapaksa.

Journalist: Does that mean that the Chairman of the Sri Lanka Freedom Party, the former president will not get a proper place in your alliance?

Prof G.L. Pieris: No, no I did not say anything like that. Do not misinterpret what I said.

Rohitha Abeyagunawardena: We have only one leader and that is Prime Minister Mahinda Rajapaksa

Journalist: For as long as we can remember, the president was the leader of the party in power, how is this going to work?

Rohitha Abeyagunawardena: We have been told by the people that the steps taken by the president to take the country forward without taking membership in any party is being praised by the masses.

Journalist: Does that mean that he will not be on your campaign for the general election?

Rohitha Abeygunawardena: He will be a part of it, there is no doubt about that