Serious questions why 2002-2004 data was not available

Pre 2015 “loss” is hypothetical and can’t be relied upon

The release of the five volumes of the Forensic Audit Report on the Issuance of Bonds and the investments made on account of the EPF to parliament last week has – as is par for the course in Sri Lanka – caused quite a stir. It has not only looked into the failings of the Post 2015 operations under the Sirisena-Wickremesinghe Governor Arjuna Mahendran but also looked at and highlighted activities under the Ajith Nivard Cabraal period whence Mahinda Rajapaksa held sway. The claim however of a loss of Rs 10.4 billion under Cabraal was dismissed as being frivolous and vexatious – and perhaps more to the point as being a “hypothetical and useless exercise”. A number of experts with knowledge of the subject including former senior deputy Governor Dr. WA Wijewardene concurred. It was Dr. Wijewardene’s considered opinion that the Auditors should not have attempted to estimate a loss as they had embarked on an impossible task – in relation to the issue of “direct placements” made in the Cabraal years.

Most in the financial circles will agree that auditors are prone to creating virtual caveats for themselves by making almost innocuous statements like “on the available information” and that all-time favourite “according to the Directors” when they wish to qualify their accounts. I dare say that for a private corporate body or even a listed corporate that may well be par for the course and yes we are aware of an absence of a strictly defined legal criteria to avoid the use of such virtual caveats – but that does not detract from the fact that this very special audit was done amongst other reasons to satiate the public’s appetite for information on the so-called bond scam of February 2015 and to give ear to the recommendation by the Presidential Commission of Inquiry (PCOI) for a forensic audit to estimate the losses to the state.

Therefore with this very special Audit paid by the people for the people, since it was the peoples’ monies that went helter-skelter, there was a real need for the Auditors to have been more forthcoming in why the information was apparently not available. For Rs 300 million-plus, that much was owed as an almost fiduciary duty by the various auditors to the republic and people of Sri Lanka.

In embarking upon this course it would have added a lot more credibility had the forensic auditors pointed out that to calculate a loss in the pre-2015 (Cabraal) years would be a hypothetical task. There was no meaningful way in which any loss could be calculated not only because there could be no way of calculating this rationally but it would have been a pedantic exercise.

However, it is fair to say that had no loss been calculated the cries of partiality would have been heard to high heaven and the blame game would have carried as far as London too, without a doubt.

The entire point of this exercise – the forensic audit – was essentially and primarily to secure an undisputed knowledge of the damage to Sri Lanka’s economy after Ranil Wickremesinghe ordered his hand-picked choice for Governor Arjuna Mahendran to change the system of issuing bonds. Mahendran then departed from due process, acted solo and dropped the tried and tested least-cost method of raising funds for the Treasury, by starting an “auction only” methodology. A system that had the approval of the Auditor General and a system that had been introduced during the tenure of the late AS Jayawardene. In so doing the Governor did so without the approval of the Monetary Board of Sri Lanka. Nothing in the rules confers upon any Governor with or without Ministerial orders, the solo right to act as he did – in effect ultra vires.

It was this changed system that permitted the Weighted Average Yield Rate (WAYR) to be ignored with the raw application of the auction only system. It departed away from the previous method of keeping to the WAYR and also meant that rates could be kept under control instead of being allowed to rise to untenably high levels. Some financial industry experts maintain that if not for the Central Bank’s intervention vis a vis the WAYR combined with Direct Placements, the interest rates would have “gone through the roof”.

It also, of course, ensured that the exchange rates were kept under control and thereby too the overall rupee value of the national debt kept under control. The period under Cabraal was noted for the huge infrastructure development projects, the war and fighting tooth and nail for inflows of foreign currency into our economy. The growth rates and the relative stability of the exchange rate were the plus points the Rajapaksa administration were able to highlight.

The Lessons Learnt for the EPF post the ‘Bond Scam’ scenario:

Also, legal action has been taken against the Entrust Board. Sadly, the legal system suffers from politicization and delay.

Also, there are now a Code of Ethics for the Monetary Board and CB Departments.

And on the Forensic Audits:

-they must be all read together. Reading the FA’s in dismembered bits can be misleading.

-pre-2015, the problem was EPF share transactions; bonds were generally Ok, as explained by Dr WA Wijewardene on “Newsline Live” with Faraz Shauketaly

-post-2015, the problem was bond issuances and the EPF being at the end of the irregular deals (On this matter the Monetary Board (MB) has initiated CID investigations and as a result the court action initiated by MB)

-There were regulatory lapses and forbearance on the part of CBSL

a great deal has been done to strengthen regulation as well as processes and procedures. Still very much “a work in progress” as internal disciplinary processes are ongoing and laws/regulations are being continuously reviewed.

Asoka Obeysekere appearing on News 1st’s “Face The Nation” got it right: the Forensic Audits found serious violations on the part of both political dispensations.

However, Rusiripala Tennekoon’s insinuation that the FAs could be biased are probably way off the mark notwithstanding the fact that certain details within the Forensic Audits leave much to be desired.

“There could be methodological shortcomings but there was no political agenda,” said a former Central Banker, adding “my own motto was no preference no prejudice let the facts speak for themselves.”

It ought to be noted regulatory shortcomings were on the part of the Monetary Board and CBSL not solely with the Central Bank. In all of these instances, there was almost certainly a strong political dimension.

The CBSL may well claim or hang on to a straw that the introduction of the RTGS and SSS in 2006 and that therefore the older systems used were not available at the PDD and therefore the data for the period 2002-2004 was unavailable to the Forensic Auditors.

There is strong disbelief that the CBSL could have been so lax especially since in 2002 the applicable rules meant that the information must be archived for at least 20 years.

The methodology used in the FAs has been criticized. However, no one from any side – political or professional – has come up with an acceptable and rational way of calculating any loss. This suggests that a methodology to calculate the pre-2015 losses in so far as Bonds and Direct Placements were concerned simply does not exist.

In simple terms, the FA’s having taken a rate from the secondary market at the time and added a few cents to give it some semblance of weightage, then compared that to the WAYR rate offered by Direct Placements and calculate a loss.

To start with the CBSL are not privy to the sum of the secondary market figures until after at least a day after the event. Additionally, when issuing a new bond and trying to attract new money, investors – and therefore the PD’s will need an inducement in the form of a rate that is higher than what is available in the secondary market. It is therefore almost pedantic to compare that rate against the existing and changing-by-the minute, secondary market rate.

Both Ajith Nivard Cabraal and Dr. WA Wijewardene maintain that it was hypothetical pre2015 as the bonds issued by DP method was higher than the equivalent maturities in the secondary market as buyers would need to be induced to take up new bonds.

Some senior bankers agree, saying that the situation in the country deemed it necessary to suppress interest rates through DP in order to prevent rates going through the roof.

Also agree that the loss is hypothetical as there is no market rate without an auction. However, the FAs were requested to estimate losses. This was the methodology they used.

Many were guarded but agreed that Bond issuances prior to 2015 were generally “OK”, given the circumstances in the country.

“DP method can easily be abused. But the integrity of the CB officials involved seems to have been very much intact. The pre2015 problems relate to EPF share transactions.”

It is puzzling that the FA’s did not have or more to the point were not given the data for this period – Hard copies would have been available as stored in CB archives; there’s no reason for CB to destroy them since it’s required to keep it for 20 years by law

Our inquiries reveal that pre-2005 material was sourced from archives and given to FAs. However, the information was structured in a completely different manner- no quotes, etc. So information was not available in a structure that was compatible with the methodology applied.

Our information also revealed that bond issuances have been analyzed from Sept 2003 with the introduction of RTGS and SSS. No data had been available even in archives for the earlier period. Currently, the RTI requirement is 10 years.

The Claim that DP’s issued to Primary Dealers was ultra vires:

Much claim and reference is made within the FA’s that the Cabraal period saw a vast number of bonds issued to PD’s as opposed to exclusively to the “Captive funds” also known as State funds like the NSB, Bank of Ceylon, etc. Specifically, Sunil Handunetti has called for the arrest of those responsible.

It appears that Mr. Handunetti like many others has not been privy to the directive granted under then Minister of Finance KN Choksy back in 2002 and beyond period. In that period the Prime Minister (without the Finance portfolio) was one Ranil Wickremesinghe.

The above fact (The CHOKSY Directive) was revealed by Dr. WA Wijewardena exclusively on Newsline Live on Monday 27th January. The Choksy directive as it was enabled the CBSL to issue instruments by Direct Placement to Primary Dealers (PD’s) too – to widen the net in their quest for funds beyond the state funds.

That there was no reference to the Choksy directive in the FA’s raises the spectre of suspicion and innuendo once again.

Ultimately each and every one of us must have a responsibility not to undermine the credibility of important national institutions unnecessarily. Of course, they need to be held accountable when there have been lapses. The presumption of innocence is a very potent matter to consider before throwing the book at anyone or group. 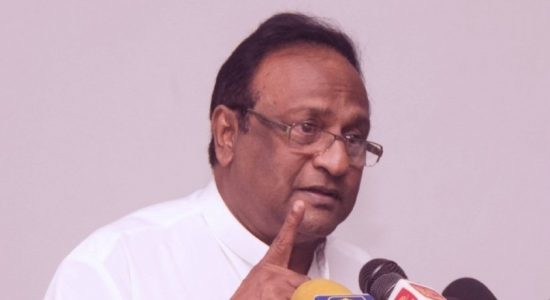 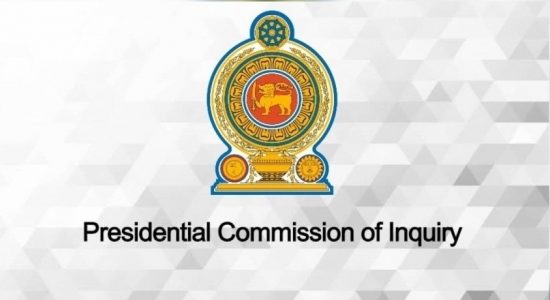 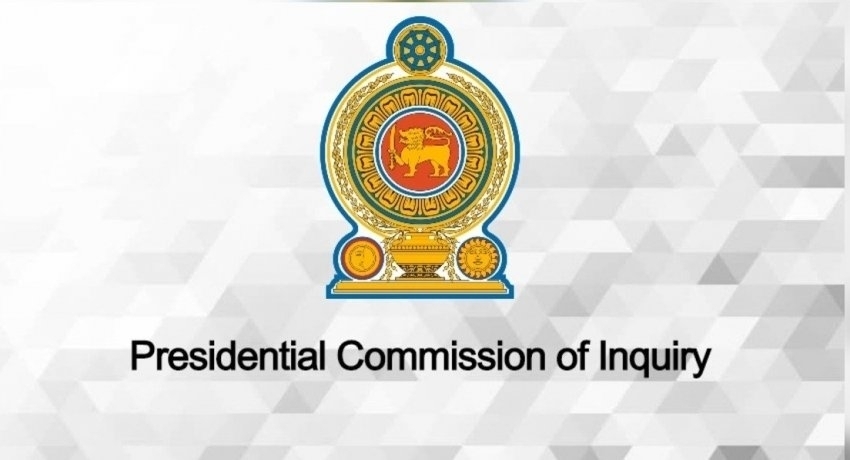