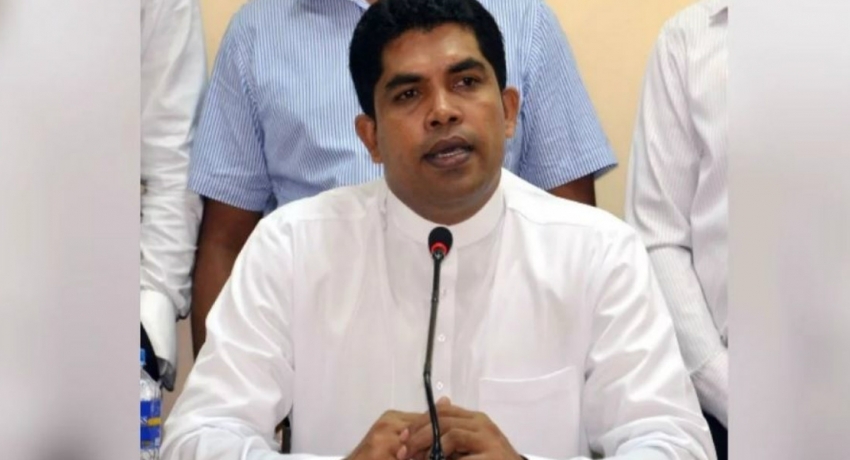 Colombo (News 1st): The Podujana Eksath Perumana convened last night (Jan 30), and decided to amend its party constitution. The decision to amend the constitution targets their objective to form an alliance with the SLPP.

The Podu Jana Eksath Peramuna that convened last evening under the auspices of the Chairman of the Sri Lanka Freedom Party, Maithripala Sirisena approved the new party constitution and laid the legal foundation to appoint two joint leaders.

UPFA MP Shantha Bandara noted that on the 31st of October last year, the leaders of the political parties including the SLPP, signed the agreements for the Podu Jana Alliance. He said this agreement was based on the fact, that they will contest the general election as an alliance, however, there are several legal conditions that are due to be met. He added that this includes the re-organization of the Mahajana Eksath Peramuna.

MP Bandara noted that there was a requirement to change its name and that is why a unanimous decision was made in this regard at yesterday’s convention, between the Executive Committee members of all parties constituting the Mahajana Eksath Peramuna. He said the name was changed as soon as that decision was made, however, the symbol remains unchanged.

Minister Johnston Fernando noted that the party leaders must make a decision. He said it is President Gotabaya Rajapaksa and Prime Minister Mahinda Rajapaksa who should arrive at a decision in this regard. He added that those are the decisions that will be accepted officially unlike the present ones. He noted that they have not been informed or been made aware of this.

“Those who genuinely supported the Sri Lanka Podujana Peramuna while being in the Sri Lanka Freedom Party during the presidential election can join the SLPP. The SLPP clinched a massive victory at the provincial and the presidential elections. The public has had faith in the government over the last one-and-a-half months. Therefore, I challenge the SLFPers who are claiming to have a voter base of 1.5 million, that their vote bank is much lower. They are trying to secure positions in the next government by saying that they would assist in forming a parliamentary majority using their voter base. The SLFP should contest separately, secure their seats, and then assist in forming a two-thirds majority.”