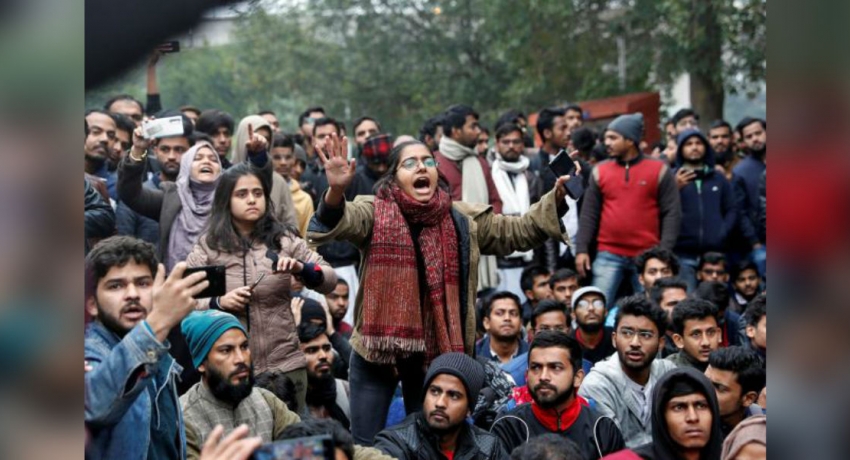 Reuters – Protests over a new Indian citizenship law based on religion spread to student campuses on Monday (December 16) as critics said the Hindu nationalist government was pushing a partisan agenda in conflict with the country’s founding as a secular republic.

Students pelted stones at police who locked up the gates of a college in the northern city of Lucknow to prevent them from taking to the streets. About two dozen students at another college in the city sneaked out to protest.

Anger with Prime Minister Narendra Modi’s government was fueled by allegations of police brutality at Jamia Millia Islamia University on Sunday when officers entered the campus in the capital New Delhi and fired tear gas to break up a protest. At least 100 people were wounded. There were similar scenes at the Aligarh Muslim University in the northern state of Uttar Pradesh, where police also clashed with protesters.

Under the law passed by parliament last week, religious minorities such as Hindus and Christians in neighboring Muslim-majority Bangladesh, Pakistan and Afghanistan who have settled in India prior to 2015 will have a path to citizenship on grounds they faced persecution in those countries.