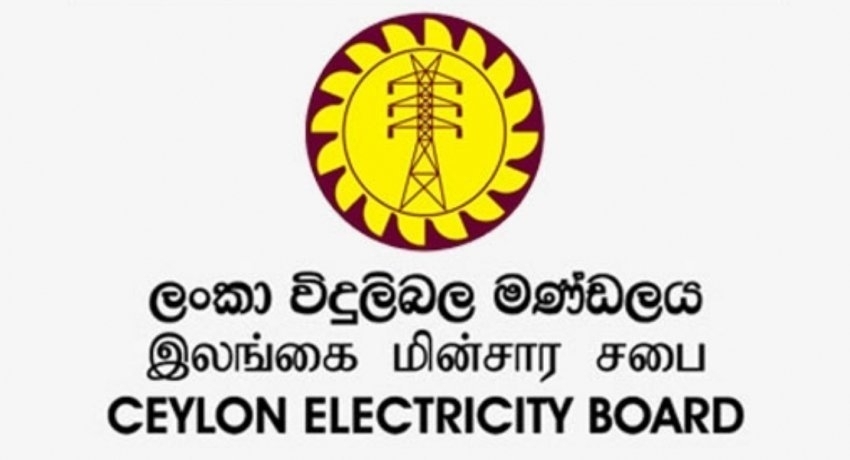 COLOMBO (News 1st) – The Electricity Consumers Union convened a media briefing in Colombo today and shared views regarding the losses suffered by the Ceylon Electricity Board.

Sanjeewa Dammika, General Secretary of the Electricity Consumers Union stated that since the salary increment of the engineers by 100% the CEB incurred Rs 60mn. He added that these engineers had been deceived by the diesel power plant mafia and not letting the renewable power plants to be constructed.

He shared that the General Manager and the former Chairman should be held accountable for these actions. He went on to note that US$ 50mn was granted by the ADB aid to set up solar panels to underprivileged households and the former government did not even bother to install them.

According to him, if those solar panels were installed 60MW would be added to the power grid and would lead to the shutting down of a diesel-powered power plant which they did not want to happen.

He added that the engineers are fabricating illusions to deceive the current minister as well and the minister should be vary of it.

Meanwhile, Minister of Power and Energy Mahinda Amaraweera expressed the following views about his ministry in Kandy today (December 15).

Mahinda Amaraweera, Minister of Passenger Transport Management, Power and Energy noted 19 companies are under his purview and most of them incur losses.

He added some of those losses are fair. He added that a unit of electricity is produced at an expense of Rs 23 and sold at Rs 2.60 for the underprivileged.

He went on to note in addition to fraud, corruption and waste of resources are the main reasons. He added that the politicians and the officials should be held accountable. He added that they would take steps to construct power plants including LNG plants as well.

Action TV will continuously report on the power mafia in the country.

Despite these reports, those involved in these activities continue to breach the laws of the country and line their own pockets in the process.

In October this year, the Minister of Power and Renewable Energy through a cabinet paper sought permission for the Ceylon Electricity Board to directly request a loan from China. The loan was to be used for the construction of the 4th phase of the Norochcholai power plant.

Action TV pointed out that vesting the Ceylon Electricity Board with such powers in such a manner would be in violation of the provisions of the Sri Lanka Electricity Act. This is because the construction of a new power plant means purchasing electricity and nothing else.

It is mandatory that competitive bids be called for the purchase of electricity.

Through a cabinet paper, the minister has paved the way for the Electricity Board to hand over the contract for the construction of the power plant to a selected Chinese company.

Based on the approval granted by cabinet the General Manager of the Ceylon Electricity Board has addressed a letter of intent to the Chinese Company.

The letter dated the 6th of November states that the intention mentioned therein would be valid for a period of 6 months.

However, this letter is an invalid and illegal document as some of the activities mentioned in the letter can be challenged before a court of law based on the provisions of the Sri Lanka Electricity Act.

Through this letter, the general manager notes that the transaction should take place at an intergovernmental level.

During an intergovernmental transaction, all money acquired through the loan should be transferred to the treasury of Sri Lanka and not the Electricity board.

Also, it seems as if the General Manager of the Ceylon Electricity Board has assumed the responsibilities of the secretary to the treasury, through his letter of intent that speaks of a requirement for the transaction to take place on an intergovernmental level.

While the Norochcholai power plant project has been widely criticized as a failed project, it is clear that the Ceylon Electricity Board is on course to stack more debt on the already heavy debt burden of the country.

More details on the issues contained in this letter will be revealed by Action TV tomorrow.

They do this without prior notice to anyone or the government. I have some experience in terms of power generation from coal power plant because I was the Chairman of this corporation. A lot of money can be obtained through this source of power generation.

When they are aware that there are issues existing in coal power plant power generation in the country and the world, they still go ahead and give another contract to the same company that is responsible for constructing the collapsing power plant in Norochcholai.