COLOMBO (News 1st) – With the prevailing weather conditions in the country, attention has been focused on disaster management.

The Auditor-General also issued a report regarding natural hazards in Sri Lanka.

The Global Climate Risk Index 2020 published by the environmental think tank German Watch, ranked Sri Lanka the sixth most affected country by weather-related loss events such as storms, floods, and heatwaves in 2018.

Japan, the Philippines, Germany, Madagascar, and India make up the top five countries affected the most.

The National Audit Office points out, due to such environmental risks the country is currently facing, Sri Lanka must pay more attention to disaster management.

However, amendments to the Sri Lanka Disaster Management Act, which provides legal cover for natural disasters, is yet to be completed.

The Auditor General’s Department further points out, the National Building Research Organization does not have any powers to enforce any legal action, as the institute is not a legitimate institution.

It added, even though the disaster management act identifies 21 natural disasters, an increase in global temperature and an increase in sea level is not included.

The report states that in the past year, disaster risk reduction only focused on floods, landslides, and droughts.

It adds, the preparation of the National Disaster Management Plan for the period between 2018 and 2030 commenced in 2017, but was not complete even by the end of last year, resulting in the failure to implement several disaster management plans,

The reports states, in 2017, 238 families in the Kandy district were identified as residents of high-risk zones, while 125 families of the 238, lacked housing facilities.

The auditor general points out, relief to those affected by the drought, were also not provided in the right manner.

The reports said, in 2018, 451,224 individuals of 14 districts were identified as beneficiaries of drought relief, and on the 25th of September 2018, Rs 700mn were disbursed to the district secretariats for this purpose.

However, 15 days later, upon the instructions of the Secretary to the Ministry of Disaster Management, these funds were reclaimed.

The report further reveals, the accounts maintained by the Ministry to provide relief to victims also received contributions from foreign and local donors. However, as of the 6th of August 2018, the accounts posted a balance of Rs 294.43mn.

These unutilized funds also included the US$ 100 million received by the Chinese government.

It further pointed out, plans were not in place for 278 disaster management projects, for which Rs 480mn were allocated.

Even though Rs 474.43mn were provided to the divisional secretariats to implement 278 disaster management projects in 2018, only Rs 361.49mn had been utilized.

The reports further reveal a Dopler radar system that was purchased at a cost of Rs 320mn as per a budget proposal in 2006. The Auditor General points out, this machine was sent to the factory for repairs in 2017. However, no progress in this regard has been submitted. Observations also said, the cost of Rs 408.82mn that was incurred to install this machine at the end of 2018, was omitted from the accounts.

The people believe the Auditor General should continue to reveal such matters to the public. 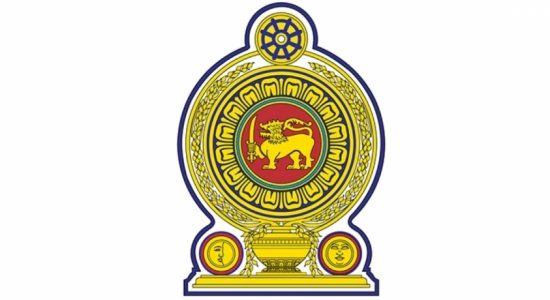