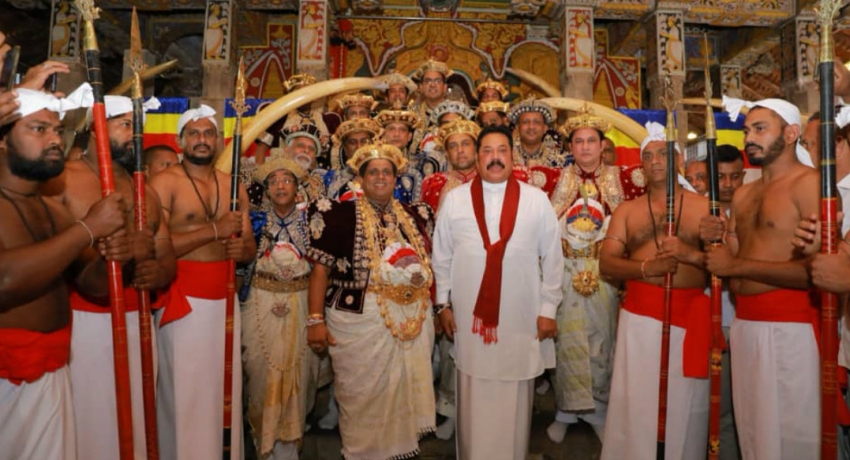 Subsequently, Prime Minister worshipped the Tooth Relic. Thereafter, the prime minister placed a special note and signed the visitor’s book at the temple. The prime minister also arrived at the Malwatte Maha Viharaya and called on the chief prelate of the Malwatte Chapter, most venerable Thibbatuwave Sri Sumangala Thero.