Gotabaya Rajapaksa promises to construct a university in Hatton

Gotabaya Rajapaksa promises to construct a university in Hatton

COLOMBO(News 1st) – Attending a public rally in Kandy yesterday(November 11), Presidential Candidate of the Sri Lanka Podujana Peramuna, Gotabaya Rajapaksa stressed on the importance of economic development through a systematic plan.The public rally held in Kandy last evening was organized by MP Mahindananda Aluthgamage. The rally was also attended by the leader of the SLPP, Mahinda Rajapaksa.

Mahinda Rajapaksa, Leader of the SLPP:

“This fatigued government lacks energy. They do not care about people. Their only intention was to take revenge from us. All they did was put people and their families behind bars. They filled the courts with cases. They did not engage in politics. If the expressway was constructed, we could have reached Kandy in just 45 minutes. What happened to the expressway?

It’s in their pockets. When I was in power, I was in the process of developing this city. But everything was halted. The present government failed to develop this city as well. We clearly state, after the 16th of November, we will make the Kandy city the most beautiful city in the upcountry region.”

“After we ended the war, many foreign investors came to Sri Lanka. Domestic and foreign investors invested in our country. We improved and developed infrastructure facilities. We obtained funds to carpet roads, construct ports, airports, expressways, and develop multiple cities.

However, we could not complete those projects. None of the funds we obtained were utilized by the present government in the proper manner. The present government halted all projects that commenced during our regime, to mock Mahinda Rajapaksa. The projects initiated to construct expressways to Kandy and Ratnapura, the expressway that was to be extended from Matara to Hambantota, were all halted.

When they halted these projects, the businesses of the contractors, subcontractors, and suppliers were negatively affected. Over 400,000 direct jobs linked to these projects were lost. This was why the economy collapsed. We have presented a clear strategy and plan to develop the economy and take our country forward.”

Several political rallies of the Presidential Candidate of the SLPP Gotabaya Rajapaksa were held in Hatton, Wennappuwa, and Minuwangoda today(November 12). Gotabaya Rajapaksa attended the rally in Hatton, Kotagala this morning along with Mahinda Rajapaksa. The rally was organized by the Ceylon Workers’ Congress.

Mahinda Rajapaksa Leader of the SLPP:

“If a road was built, a hospital was built it was me. I developed the Nuwara Eliya General Hospital. But today there is no medicine in the hospital. I would like to very proudly remind you that it was during my time that 23 medical students were sent to the hospital to practice.

What did these people do? Nothing. If one house was built, it was built by us. Therefore we would like to remind you that we will take responsibility for your salary, your work environment, and your children.”

“Today I held a discussion with the youth. Their request is to develop schools to study. Also, the students who get selected to Universities go to areas like Jaffna and they face economic issues. Therefore their request is to build a University within this area.

So we promised those children to build a University within this area. Also the children requested me to provide the schools with teachers to teach them the English Language, Mathematics and Science. I would like to tell you that we will take steps to develop the schools in this area and fill vacancies for teachers” 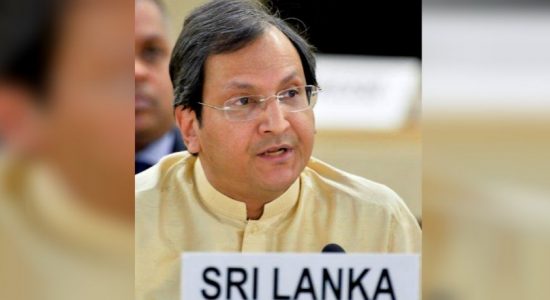