“After the SLPP was formed I realized that it was destroying the SLFP as it went forward. We must defeat the SLPP. It is only if we defeat the SLPP that we can protect the SLFP in the future, according to the original policies of the late Bandaranaike. The young leader says I will appoint a good prime minister who has no allegations against him and any record linked to corruption or theft. He says he will not appoint the same old cabinet. He is right. Now there is no point in appointing people like us. This is the truth. We are aging. We were also part of the corrupt cabinet. If we make the wrong decision in the upcoming presidential election, I too will suffer the same fate of Thajudeen.”

“Ever since I handed over the party to Rajapaksa, he started to destroy it. The start was when Rajapaksa visited the party headquarters and asked them to remove the photo frames of S. W. R. D. Bandaranaike, Sirimavo Bandaranaike, and Chandrika Bandaranaike. He then informed the party secretary to refrain from registering any branch. During the nine years Rajapaksa served as the chairman, he did not allow any branch to be registered. This was told to me by the then general secretary of the SLFP Maithripala Sirisena. Maithripala Sirisena who could not stand this anymore, sent letters to open branches for registration. Mahinda Rajapaksa had then summoned Maithripala Sirisena and had questioned him as to what he was doing. Mahinda Rajapaksa had then said, I have given the responsibility to my younger brother Basil, let him do it. The original SLFPers do not agree with the Rajapaksas. The true and original SLFP does not like looting. The SLFP had no tradition of looting from the general public.”

She further continued to say;

“Just because ministers criticized us, we did not murder them. We did not kill or harass journalists. So this party does not agree with them. They were in power for nine years. They destroyed the party. They removed all senior members of the party and joined hands with casino dealers. They appointed two of the largest drug dealers to the cabinet. They were appointed to the defence ministry. They appointed drug lords to the ministry which was supposed to protect the people. They destroyed the party, destroyed the country, with murder and corruption but boast that they won the war. It is praiseworthy that they ended the war, not won the war. But just because they ended the war does not mean we should let them destroy the country. Can we let them destroy our party? This is why I do not approve of this. I engage in policy-driven politics. Even if they threaten me, I cannot agree. I have received messages questioning as to why I oppose Gotabaya and Mahinda Rajapaksa. They say they will come to any place I request them to. But I said no. Because I know if they come to power, they can kill me. My children said if they come to power, to leave the country the very next day. They won’t come to power. But while they were in power, within 24 hours, they removed all of my security personnel. If they come to power, they will murder. If it is so for us, how will it be for you?” 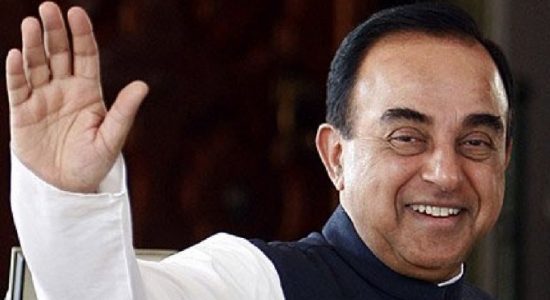