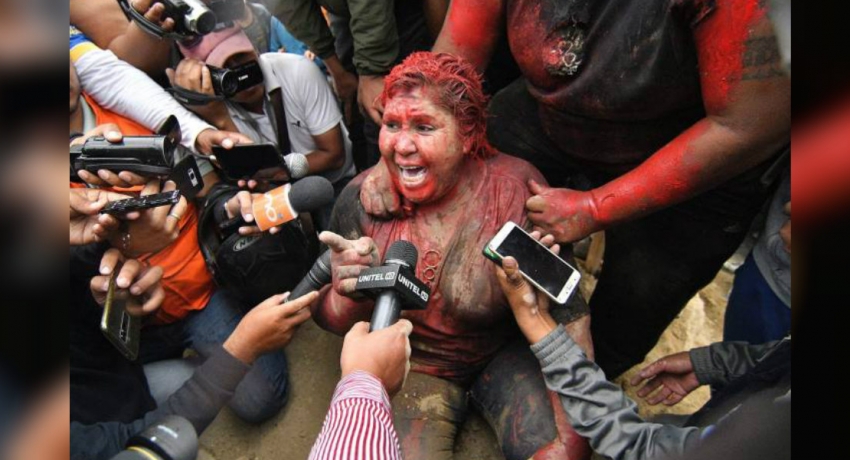 REUTERS:- A city mayor aligned to President Evo Morales was reportedly attacked with red paint and forced out of her town hall on Wednesday (November 6) amidst election unrest in the country. Patricia Arce, Mayor of Vinto city in Bolivia, was allegedly forced out of town hall offices as they were burnt by anti-government supporters, according to reports.

According to local media, after she tried to escape from the back of the building, protesters spilled red paint on her and forced her to walk barefoot down the street before cutting her hair.

Bolivia’s government slammed “shameful” violence that led to scores being injured and one killed on Wednesday in protests over a contentious presidential election last month, blaming clashes on the opposition as anger rises on both sides. Government critics, meanwhile, pointed the finger at supporters of President Evo Morales, whose October election win was marred by allegations of fraud after an abrupt halt in the vote count and an unusual swing in the leftist leader’s favour.