COLOMBO (News 1st) – The two police constables attached to the security detail of Parliamentarian S.B. Dissanayake who opened fire at a group that obstructed the MP’s convoy, have been remanded until the 11th of this month.

The two suspects were produced before the Bandarawela District Judge and magistrate J. Steraski today (November 07). The Magistrate ordered for the suspects to be produced in an identification parade on November 11th.

Two police officers of the ministerial security division attached to the security detail of Parliamentarian S.B. Dissanayake who opened fire at a group were arrested last night.

Police spokesperson SSP Ruwan Gunasekera said the pistols issued to the two Police Constables were retrieved during arrest and police also recovered three empty casings at the scene of the shooting. The two constables opened fire at a group who obstructed the convoy of MP S.B. Dissanayake at about 7:30 pm last night.

Ravindra Rashan, a person injured in the shooting:

“S.B. Dissanayake came in his vehicle. We couldn’t recognize him. The Police officers who came behind him hit the side mirror of my vehicle. Then they said that they were from the police.

Subsequently, they said that we were drunk and got into their vehicles and left. After that when we travelling down the road, the road led to the main road in Polpitiya. We were stopped on the side of the road.  All of us were there. We were on the side of the road. A vehicle cannot travel at high speeds on that road because the road is dilapidated. S.B. Dissanayake was wearing a red T-shirt. He spoke with us for a while and he got into his vehicle. After he got into his vehicle the officers in the KDH behind his vehicle fired three shots.”

“I received information that a group of youth under the influence of alcohol had attempted to attack our vehicles and disarm a police officer after there was some difficulty in their vehicle moving past an intersection. The officers had fired two shots to the ground to control the situation and joined us as we continued to attend the next series of meetings. When we were nearing Peradeniya we were informed that one of them was injured and had been hospitalized. I immediately directed those two officers to the Thalatu-Oya Police Division. According to my opinion no matter how small the incident it is a regrettable incident..”

Meanwhile, the Yakkala Police Division commenced an investigation into an incident where a person who attended a political rally in Ganemulla last week was found dead at a separate location.

The deceased was a 63-year-old resident of Mudungoda, Gampaha. He had left his residence at 11:30 am on the 2nd of this month to attend a political meeting in Ganemulla. He had travelled in a bus along with a group of residents from the village. However, he has not returned home on that day.

Son of the deceased: “According to the post mortem, my father’s head had been hit hard. There is a cooperative building along the Wathuragama road in Mirriswatta, his body was found along a road there. When I was speaking with the people who travelled on the bus they said that they were with him and he got off from the bus. If he left the bus like that there is no way that he could have fallen where his body was found. My father did not pass away because of any illness. As far as I know, he worked for the Sri Lanka Freedom Party. I hope that my father’s murderers will be punished without any political influence. 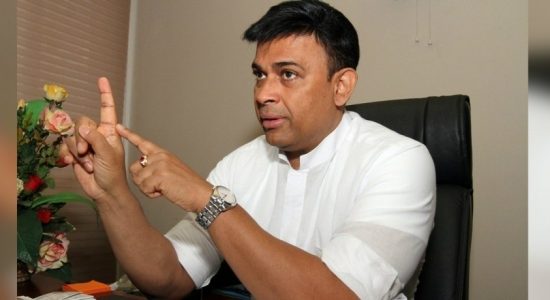 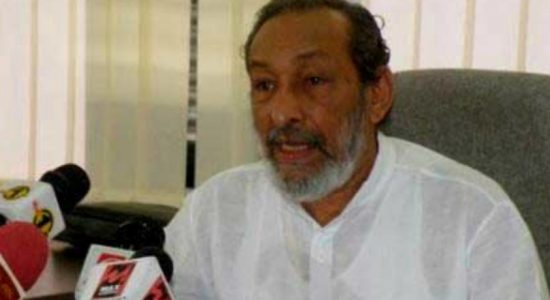