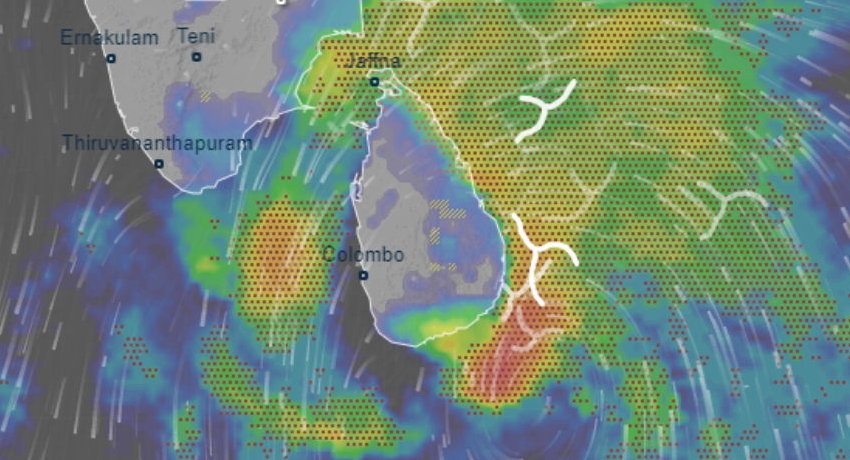 Atmospheric disturbance to cause heavy rains

Atmospheric disturbance to cause heavy rains

Colombo (News 1st)  – According to the Met. Department the atmospheric disturbance in the southwest Bay of Bengal to the south of Sri Lanka is likely to move to the sea area to the west of the island through the southern sea area today.

Under the influence of this system, showery conditions are likely to enhance over most parts of the island particularly in the Northern, Eastern, Uva, Southern, Central and Sabaragamuwa provinces until the Tuesday (Oct 29). Showers or thundershowers will occur at times in most provinces of the island.

Windy condition over the island, particularly in the Eastern slopes of the Central hills (Nuwara-Eliya, Matale and Badulla districts) and over the Southern and North-Western provinces are expected to increase up to 50-60 kmph at times.