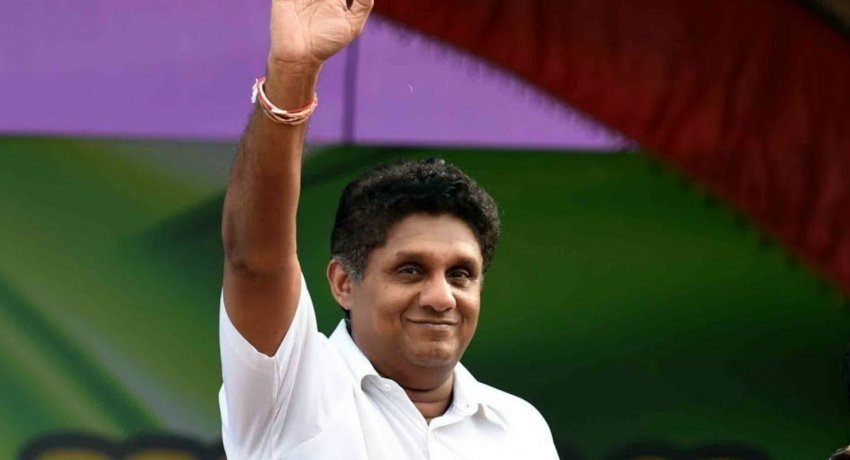 COLOMBO(News 1st) –  Several public rallies were held in several parts of the island today(October 16) in support of the Presidential Candidate of the New Democratic Front, Sajith Premadasa.

The first of the rallies was held in Rideegama, Dodangaslanda and the Presidential candidate Sajith Premadasa was afforded a warm welcome by those who were present at the rally.

During the rally, Sajith Premadasa reflected on the tragedy that befell Field Marshal Sarath Fonseka following his defeat after the presidential election in 2010.

Sajith Premadasa noted that the government at that time imprisoned the man who ended the 30-year ethnic war and ashamed him by forcing him to wear handcuffs and prison overalls. He added that his only crime to experience those hardships was his decision to contest at the presidential election.

Minister shared that what those self-proclaimed patriots did was unforgivable. He added that his opponent was a person who dismissed military officials with one signature. He went on to note they do not have cardboard heroes and what they have are real war heroes.

He added that following his challenge to appear before media, his opponent did so and exposed his true self.

Minister added that as the opponent mentioned in the press brief, a person who is truly committed to protecting the country would never avoid taking responsibility and play the blame game.

He went on to note that when the opponent was questioned about the events that took place towards the end of the war, he was reluctant to take the responsibility and passed the blame to Sarath Fonseka.

Sajith Premadasa questioned if this how an individual who runs for presidency responds, would not he be able to sell off Sri Lanka for foreign entities for his own benefit?

Following the end of the rally in Dodangaslanda, Sajith Premadasa arrived at the Hiripitigama town in Hiriyaala for the second rally of the day.

Sajith Premadasa noted that his opponent was only able to seek assistance from his allies whenever a question was directed at him. Minister noted that a president is a person who would not seek the assistance of others including directly answering questions.

He added that Premadasa’s are not cowards, opportunistic or back-stabbers. He went on to note that when he wins he would not establish two-faced leadership and create a leadership centred around the bravery.

Another rally was organized in Wariyapola earlier today.