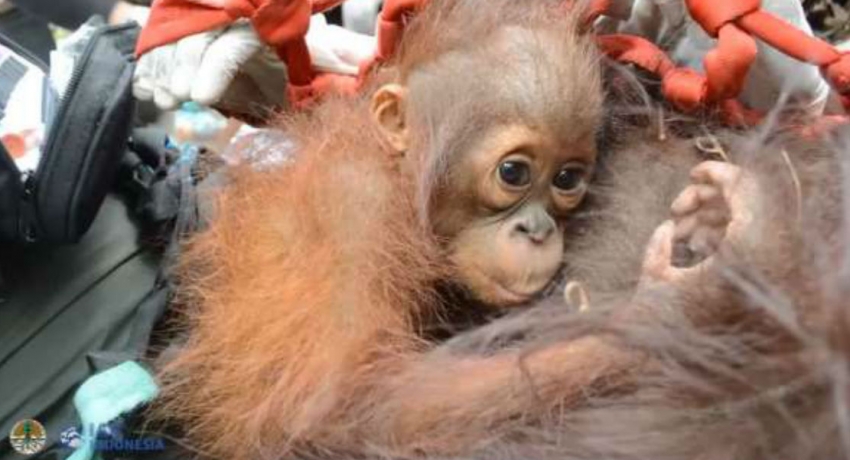 Reuters – Two orangutans, a mother and baby, were rescued by environmentalists after their habitat was destroyed by forest fires in Indonesia’s Kalimantan province, and relocated to a healthy patch of forest on the same day.

The pair, estimated to be a 20-year-old and an eight-month-old, had fled to a nearby village after their habitat was burnt, International Animal Rescue (IAR) said.

IAR said the mother and baby orangutans were ‘skinny and dehydrated’ when they were found and after they were given treatment, they were deemed fit to be relocated on the same day.

Raging fires caused by slash-and-burn farming practices had burnt more than 320,000 hectares (790,000 acres) of forest from January to August this year, authorities said. Some orangutans were suffering from respiratory problems caused by smoke from the fires, deemed to be the worst Indonesia has seen since 2015.