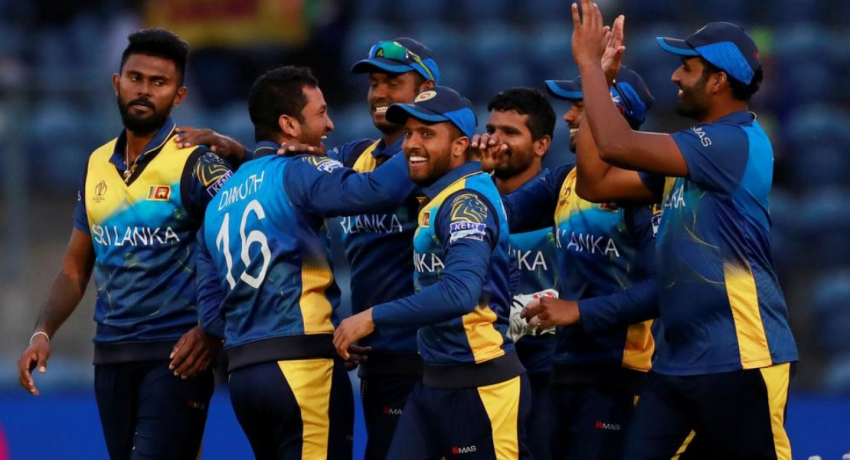 Sri Lanka’s crazy 2019 got even weirder on Wednesday (October 9), when they made five changes to the team that had won the first two T20Is against Pakistan, but still managed to pull off a whitewash – debutant Oshada Fernando producing the defining innings, before legspinner Wanindu Hasaranga took three wickets in his second successive match.

Oshada hit 78 not out off 48 balls, overseeing Sri Lanka’s recovery from 30 for 3 after five overs, then 58 for 4 after eight. Very much the talisman in the innings – no other batsman made even 15 – he guided Sri Lanka to 147 for 7 on a slow Lahore surface.

That total would prove 13 too many for Pakistan, who had a 76-run second-wicket partnership, and yet could never get ahead of the asking rate. Haris Sohail struck 52 off 50 balls for them, but there was the sense that the top order could have been more ambitious in the first two-thirds of the innings. After 12 overs the required rate had crept up to nine. Iftikhar Ahmed and Wahab Riaz both struck desperate boundaries in the final overs, but they had been left with too much to do. Hasaranga’s two wickets in the 18th over effectively sealed the whitewash for the visitors.

Sri Lanka have never won a three-match T20 series 3-0. Pakistan have also never been whitewashed in a three-match series. That this has all been achieved without the likes of regular captain Lasith Malinga, or the Kusals  Mendis and Perera is flabbergasting.

Oshada had been good in his first forays into Test and ODI cricket, but he was arguably even better on his T20I debut, flicking his first ball in the format for four through fine leg, before playing the most serene shot of the evening second ball – a languid straight punch for six. He had 10 runs off his first two balls, and he continued to score freely, picking up frequent singles and twos, but also punishing even the slightest errors from Pakistan’s bowlers.

So confident was his start that occasionally he’d even come down the track to fast bowlers. He charged Usman Shinwari to hit him over mid-off for four early in the 10th over, before pulling him fine for four next ball. Oshada was no less effective against spin, twice driving Shadab Khan for four through the offside in the 14th over. He reached his half-century off his 33rd delivery, and was only more aggressive after that, hitting a six and a four off Mohammad Amir – both on the legside – before slamming Wahab Riaz over deep square leg soon after. He stayed not out until the end, sweeping Amir aerially for four for an especially memorable boundary in the 19th over.

Pakistan’s batting Powerplay went a lot better than in their two previous matches, and yet, none of their batsmen were fluent on this surface, which perhaps underscores the value of Oshada’s knock. Fakhar Zaman was bowled off his pads off the first delivery, but Haris and Babar Azam exerted a little control after that. And yet, although both batsmen looked somewhat comfortable, Pakistan went at less than six an over in the Powerplay. Their rate quickened shortly after, but not by much. They were only 63 for 1 after 10 overs. When Lahiru Kumara had Babar caught behind for 27 off 32 balls, they were 76 for 2 after 12.

In fact, between overs 6 and 16 Pakistan mustered only two fours, which is really where the chase was sunk. Lakshan Sandakan sneaked in three cheap overs through this period, as Hasaranga (in addition to Kumara) made his first breakthrough, having Haris stumped, after the batsman ran down the pitch and failed to read a googly. In his next over – the 18th of the innings – Hasaranga had Asif Ali caught at long-on, before bowling Sarfaraz Ahmed for the second match in a row with another googly.

After that, Pakistan needed 37 off 12 balls, and although Iftikhar and Wahab occasionally connected, a Pakistan victory seemed unlikely. In the end, they limped to 134 fo 6.

Given the depleted nature of Sri Lanka’s squad, this tour was an early banana skin for Misbah-ul-Haq’s tenure as coach and selector. And Pakistan have slipped.

* This article originally appeared on www.espncricinfo.com