COLOMBO (News 1st) – Weerakumara Dissanayake, media spokesperson of the SLFP shared the latest developments on the formation of an alliance between SLFP and SLPP.

He noted that the secretary of the party and Gotabaya Rajapaksa are two different people and the issue regarding the symbol still remains unsolved, however it would be sorted out within a few days.

He added that the fate of the people at stake and they should not fret over a symbol. He went on to note that the SLFP will have to take responsibility partially and added that SLFP is not a party that would help Gotabaya Rajapaksa to win the election and drag him down subsequently. 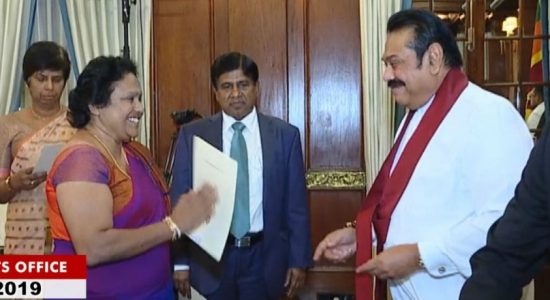