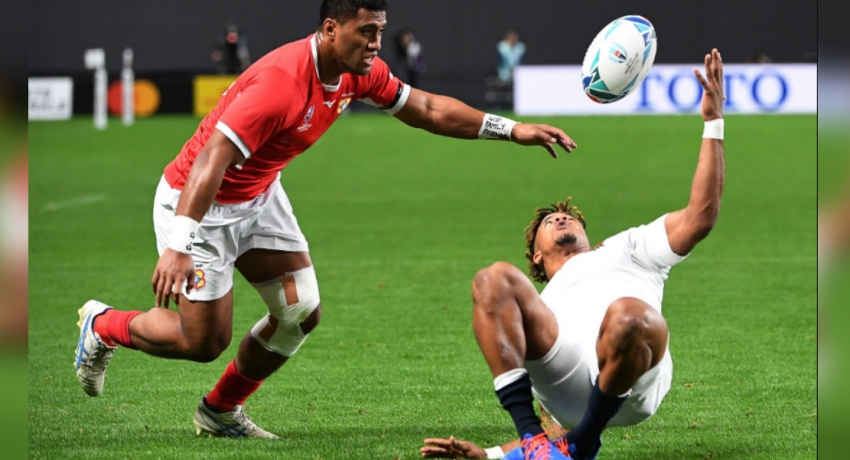 Reuters –  Even the most optimistic U.S. rugby fan would struggle to sound upbeat about their chances of beating England at the World Cup on Thursday (September 25) but Eagles coach Gary Gold says that being severe underdogs will allow his team to perform without pressure.

Cape Town native Gold, who took the helm at USA rugby in 2018, is under no illusions about the size of the task facing his team in Kobe and said he hoped his players would emerge from the game with credibility.

While Eddie Jones has made 10 changes to the side that beat Tonga in their Pool C opener, Gold said it made no difference to him who the England coach selected. He was simply replacing one quality player with another.

Gold harbors no hope of a stunning upset similar to the defeat Japan inflicted on South Africa four years ago. England will have to cope with the pressure of being expected to win and win well.

Things do not get much easier for the United States after they play England, with three-times runners-up France next up followed by 2015 semi-finalists Argentina before they round out their group against Tonga.

England’s front row will give due respect to 19-year-old U.S. prop David Ainuu in their Pool C match in Kobe on Thursday but scrum coach Neal Hatley predicts it will be a “baptism of fire” for the Toulouse loosehead when he faces Dan Cole.

Cole worked hard on his game to get back in the squad after being dropped last year and the 32-year-old will earn his 91st cap in England’s second match of the tournament, tying Jonny Wilkinson for third on their all-time appearances list.

Despite the experience gap, Hatley says U.S. coach Gary Gold had good reason to select Ainuu, who will win just his ninth cap on Thursday.

The standard of refereeing in Japan has been the subject of much debate, with World Rugby issuing a statement on Tuesday (September 24) conceding that the officiating over the first weekend of the World Cup was not up to scratch.

But Hatley said he had no reason to complain about the officiating so far and said the referee in their 35-3 win over Tonga on Sunday was consistent.