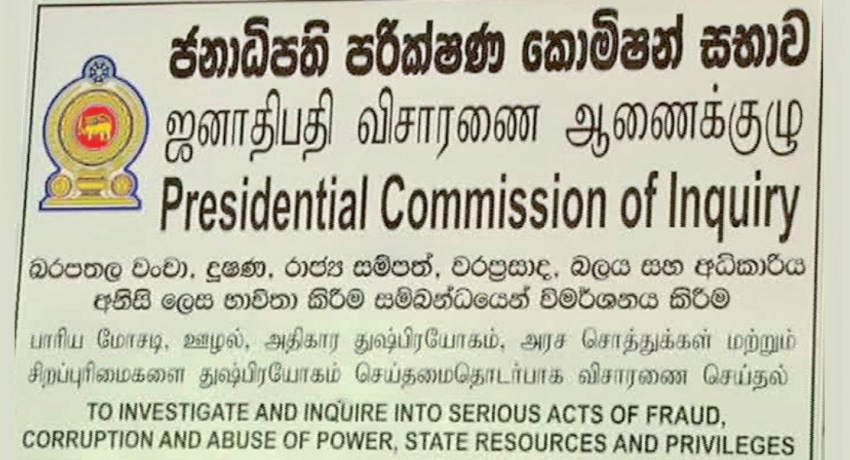 Colombo (News 1st) – The Head of Finance at the Bandaranaike International Airport, L. Dahanayake appeared before the Presidential Commission on Inquiry to probe into fraud and corruption over the last 4 years.

He testified in relation to a complaint lodged by former JVP Provincial Councillor Asanka Ranwala claiming that an Indian company had presented false documents in order to obtain a space for a store at the airport tax-free, which had incurred a loss of millions to the Government.

Meanwhile, Education Minister Akila Viraj Kariyawasam testified before the Commission for a period of 2 hours last evening (September 25) on the alleged anomalies resulted during the distribution of tab computers.

This was based on a complaint lodged by Parliamentarian Wijeyedasa Rajapaksha, who accused that large scale corruption took place during the course of the transaction.

The Minister stated that he carried out the project as per the request of the Prime Minister. He could not look into every single aspect of the transaction due to his role as the General Secretary of the UNP. He further added that if some mistake had taken place, steps would be taken to have them amended.