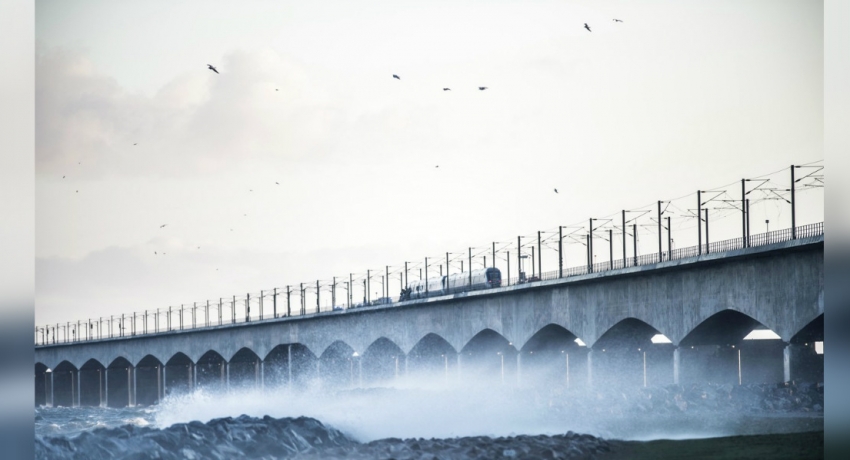 Reuters – A three-year project to build the world’s longest Viking bridge using the tools and methods that they would have employed a thousand years ago has been completed in Denmark, with the final plank laid over the weekend, (September 14).

The director of the National Museum of Denmark hammered the final nail into the 700-meter long bridge at the historical Viking settlement at Albertslund, prompting a celebration among visitors clad in Viking clothes with music, traditional games, and spit-roasted pig.

Over 1000 craftspeople, schoolchildren and volunteers were involved in building the bridge at the historic site, where 48 Viking graves were discovered back in 2006.

The original bridge across the marshy land is believed to have been built by Viking king Harald Bluetooth, who is said to have used it to transport boats across land to attack targets in Germany.

The new bridge connects a Viking museum with the archaeological sites where Viking remains have previously been discovered and will be open to the public year-round.