Known for her daring, colorful looks on the red carpet, the Barbadian singer has become an increasingly influential force in the fashion world. The singer said the Savage X is all about inclusively. “It represents women who are empowered women who may not have always felt as confident as they should. Based off of society’s vision of beauty.”

Earlier this year Rihanna teamed up with LVMH in a partnership that marks the first time in over 30 years the acquisitive group, home to major names like Christian Dior and Louis Vuitton, had started a label from scratch. It has given few financial details of the venture, also named Fenty.

The brand will mostly be sold online or through temporary pop-up stores, and will revolve around small collections that are rapidly renewed, a model increasingly followed by luxury labels new and old to entice younger shoppers.

The show featured music performances by artists including DJ Khaled and Halsey and Big Sean. Top models, Bella and Gigi Hadid, Slick Woods and actress Laverne Cox helped out the pop star by hitting the catwalk.

Model turned actress Cara Delevigne came out of retirement for her long-time friend.

“You know, the last time I did a show was for Chanel and it was after Karl passed and then it just, it never felt, you know, I didn’t really have a reason to do shows anymore. And I kind of felt like I was a bit of an end of an era. But, you know, I’m so proud Rih and even watching backstage just now, like I felt, like welled up,” said Delevigne.

The brand’s latest collection of lace bralettes starting at $17.50 (USD) and bodysuits starting at $34.30 and more also became available for purchase on Amazon Fashion on Tuesday. 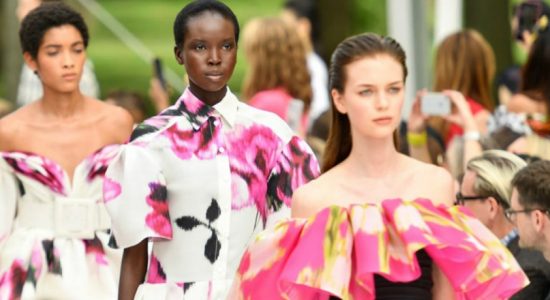 Jeremy Scott ‘rocks’ the color wheel for his new collection 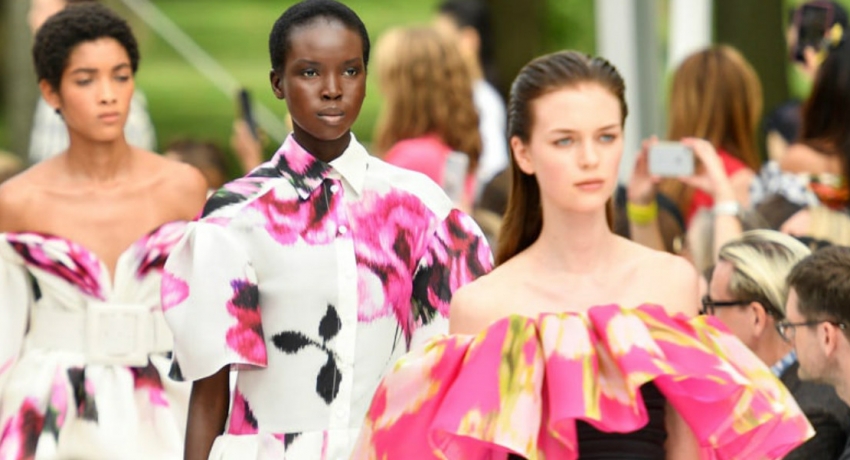