Therefore, he noted that the UNP candidate once elected will take measures to do away with the Executive Presidency within 03 to 06 months. He added that they are of the opinion to create a parliament accountable to the people, however, he said it can be done with the existing Parliament.

MP Marasinghe noted that they made a request from the JVP to bring forward the 20th Amendment to the Constitution. He added that if it comes to Cabinet and it is agreed to do away with the Executive Presidency and if all the honest politicians in Parliament form a 2/3 majority, it would not be a difficult task. 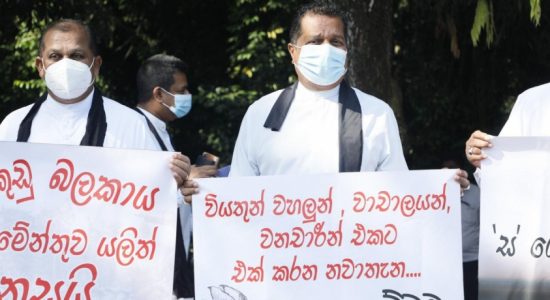