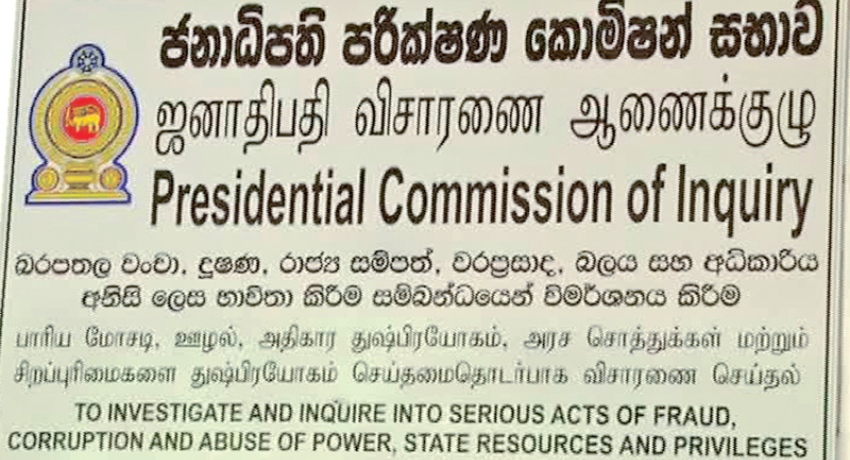 Colombo (News 1st): An Additional Secretary and Senior Assistant Secretary of the Ministry of Education was summoned to the Presidential Commission of Inquiry probing Fraud and Corruption at State Institutions over the past 04 years.

He said an Additional Secretary and Senior Assistant Secretary had intervened and given the transfer based on the direct instructions of the subject minister. Nevertheless, the transfer was terminated as per an order issued by the Presidential Commission of Inquiry.

According to the PCoI, the transfer was given after the witness provided evidence relating to the printing of school textbooks with the minister’s image.