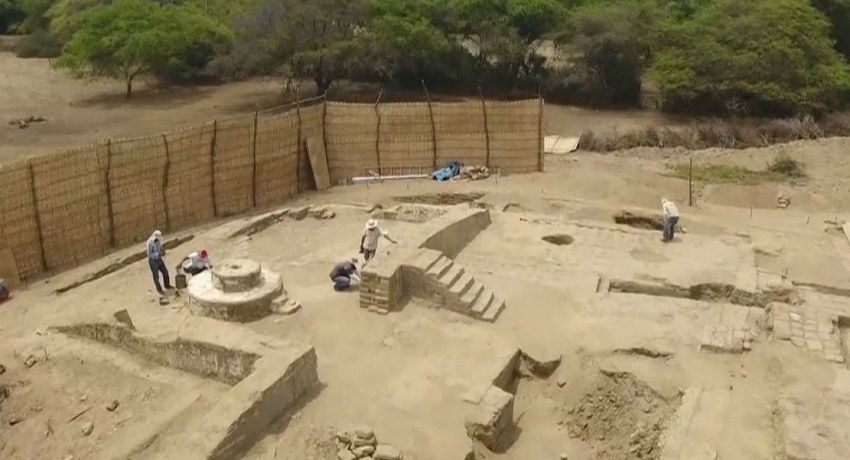 COLOMBO (News 1st) – Archaeologists in northern Peru have unearthed an ancient mural from the lost Caral civilization that is believed to be about 3,800 years old, officials reported.

The discovery was made in the Vichama archaeological site. A team of excavators has brushed away the earth from the mural to reveal figures that depict a toad that wraps its hands around the head of a man.

Archaeologist Tatiana Abad told a news conference in Lima, the mural represents the “announcement of the arrival of water,” adding “it talks about the importance of water in times of crisis and the reflections that we can create from them.”

Excavations at Vichama have been ongoing since 2007 and continue to reveal new insights into the ancient civilization such as an advanced city plan and architecture.

The Caral is believed to be the oldest civilization in the Americas, dating as far back as 3,000 BCE. But little is still known of this ancient city. The site is currently in an arid region of Peru, leaving many to conclude that climate change may have played a role in its demise.

According to archaeologists, the civilization was mysteriously toppled at around 1,600 BCE.