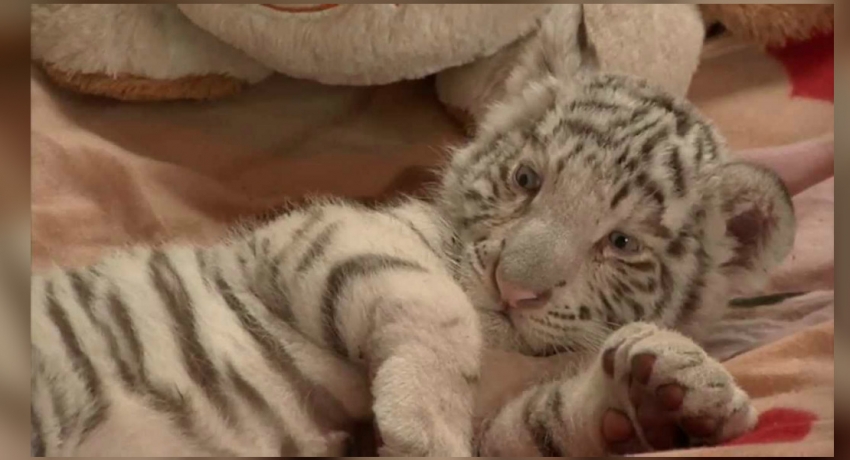 Reuters – Three Bengal tiger cubs made their public debut in a Lima zoo on Friday (August 16), with a rare white tiger amongst the litter.

The tigers were born on July 5 but after weeks of round-the-clock attention by vets at the zoo, they are now strong enough to be out in their enclosure for periods of time.

The cubs were born in captivity, the result of a successful breeding program with their parents, Naisha and Kumar.

The Parque de las Leyendas Zoo has launched a competition on social media to help decide names for these playful cubs.

Between 5,000-7,000 tigers live in the wild, down from 100,000 at the start of the 20th-century. Poaching, deforestation, and over-hunting of their natural prey have impacted their numbers. But successful breeding programs like the one at this Lima zoo are giving hope to the threatened species.