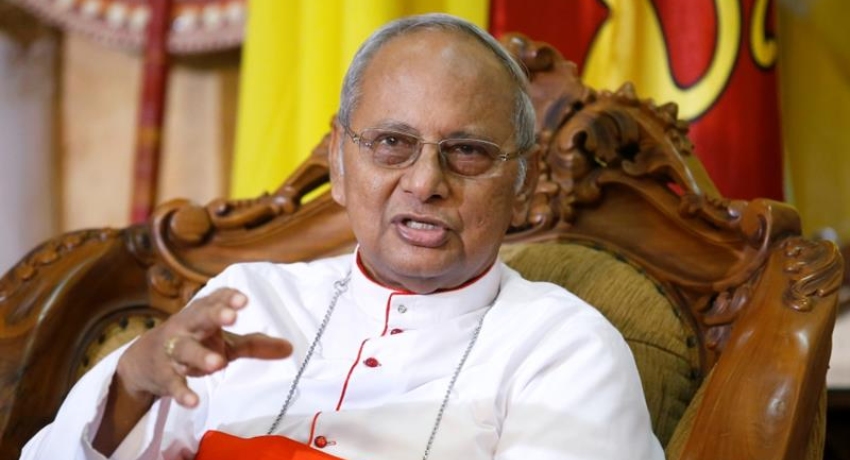 COLOMBO (News 1st): Archbishop of Colombo His Eminence Malcolm Cardinal Ranjith speaking at a media briefing held at the Bishops house today (July 31) noted that reports on the April 21st attacks compiled by the various commissions have been swept under the carpet. He requested an impartial committee to be appointed to investigate into the 21st attack.

The Archbishop added that when this commission is appointed, the President, Prime Minister and the opposition leader should work together and it should be appointed with their common objectives. He added that currently this issue is simply buried by highlighting the elections and this is not suitable.

His Eminence noted that the public needs the truth and not elections. He requested the government, the opposition and other political parties, to not simply sweep this tragedy under the carpet similar to the governments who were in power before, which destroyed national peace, and strongly affected the economy and the tourism industry in the island.

Archbishop of Colombo requested to reveal those who are hindering the investigations. He went onto note that they did not see reports of the Rathupaswala incident and the murder of Roshane Chanaka.

Archbishop of Colombo His Eminence Malcolm Cardinal Ranjith requested the next presidential candidate who will be representing the government, the opposition or any other party not to meet him without resolving these issues.