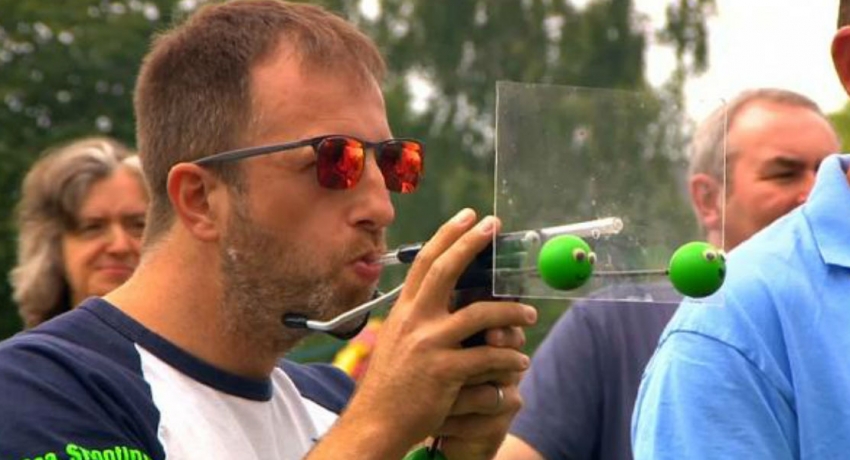 The annual World Pea Shooting Championships, in its 49th year, had contestants standing 12ft from a target and blowing out peas at a dartboard through a tube.

The contest is said to have been invented in 1971 after the village schoolmaster, Mr. Tyson, caught some mischievous pupils amusing themselves by pinging their unfortunate schoolmates with peas.