COLOMBO (News 1st): The opposition responded to a statement made by the Prime Minister yesterday (July 12) on the Parliamentary Special Committee and the No Confidence Motion. Issuing a special statement to the media, Prime Minister Ranil Wickremesinghe said that he would appear before the Parliamentary Special Committee appointed to look into the April 21st attack.

The Prime Minister said that although various views were expressed regarding the committee, that the judiciary has already accepted its legality. He had further stated that the No Confidence Motion against the government was defeated as it was baseless.

In response to this, Politburo member of the JVP, Samantha Vidyarathne said that there is no point in celebrating the fact that RW secured victory over the no-confidence motion since it was a victory obtained through soliciting bribes. He further said that the TNA spoke to the Prime Minister and got their requirements fulfilled, while Mahinda Rajapaksa who also tried to topple the government once now defends the government. He also questioned why no one is raising their voices as to why 11 people were expelled from parliament. He added that the situation at present is that if bulletproof vehicles are given to Gotabhaya Rajapaksa and his security is ensured that Mahinda Rajapaksa would safeguard Ranil in return.

Also speaking on the matter, UPFA MP Rohitha Abeygunawardene said that the JVP only tried to wash away their sins through the NMC. He further questioned where special committees pose pre-prepared questions when recording statements. MP Abeygunawardene also challenged the Prime Minister if possible to come out of the parliament and appear for an election where the people will decide. 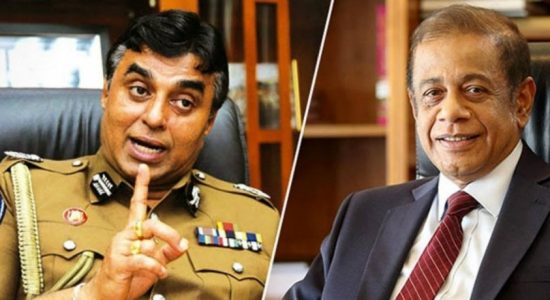