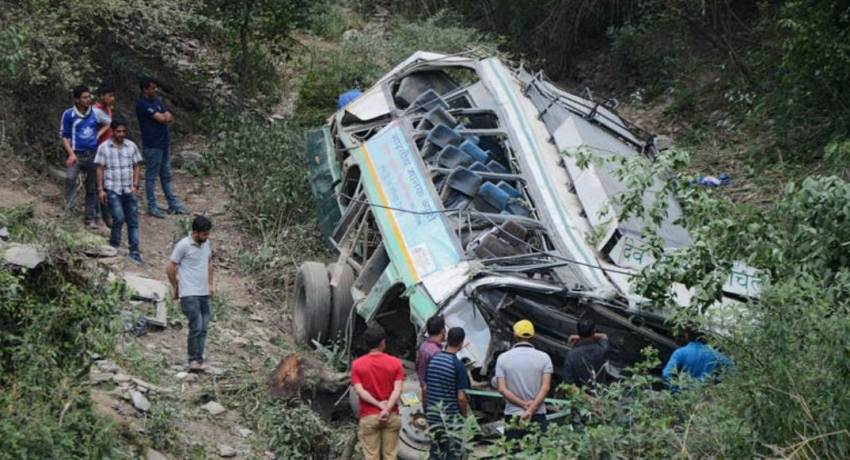 Reuters: At least 33 people were killed and 22 injured after a vehicle carrying them fell into a gorge in India’s northern Kishtwar district of Jammu and Kashmir state today (July 01).

The incident took place after a matador vehicle coming from Keshwan was heading towards Kishtwar reportedly, lost control and fell in the gorge.

On receiving the information, rescue officials rushed to the spot, after which the bodies of the deceased were recovered and injured were taken to a nearby hospital.

Indian roads are among the world’s deadliest, with nearly 148,000 people killed in more than 460,000 accidents in 2017, according to government data.