Reuters- Argentine security forces on Wednesday (June 26) seized an arsenal of about 1,000 smuggled guns during an operation that also saw the arrest of 17 people and more than 52 raids in Buenos Aires, Santa Fe, Cordoba, Rio Negro and Santiago del Estero, according to Argentina’s security ministry.

After eight months of criminal intelligence and investigations, the police deciphered the movements of the criminal group who smuggled weapons from the United States and Europe to Argentina before sending them to Brazil via Paraguay.

The seizure of weapons will help to lower violence in Paraguay and Brazil, where most were used by drug traffickers, Argentina’s Security Ministry Patricia Bullrich added in a press release.

From Colt M4 rifles calibre 5.56 to AK 47 rifles, the weapons were sent from the U.S. to Argentina in parcels.

The cartridges were bought in Germany, moved to Spain and then taken to the Netherlands where they were hidden and finally placed in containers and shipped to Argentina, the press release said.

Once assembled in Argentina, the weapons and cartridges were hidden and sent to Brazil via Paraguay using a Paraguayan passenger transport company. 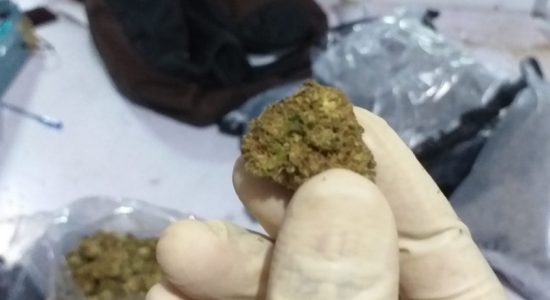