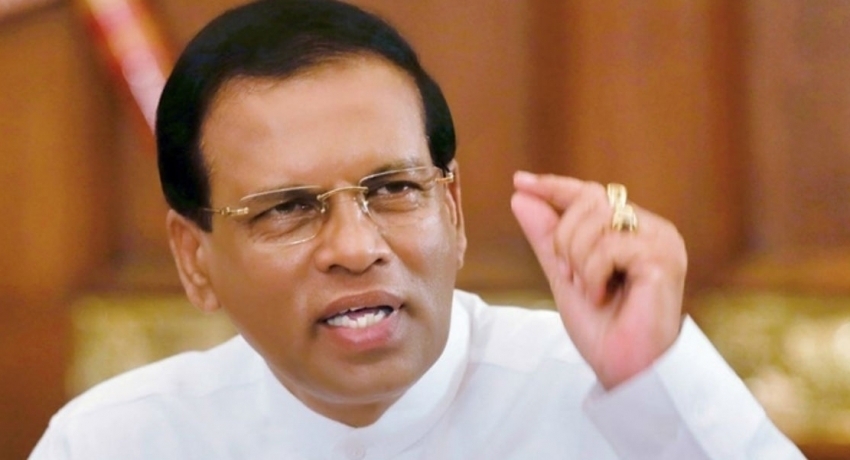 Colombo (News1st) – An event to mark the International Day Against Drug Abuse and Illicit Trafficking was held in the Kollonnawa area today, under the auspices of President Maithripala Sirisena.

The President announced a drug eradication week from the 23rd of June to the 1st of July in line with the Day Against Drug Abuse and Illicit Trafficking. The third day of this drug eradication week was marked at the Kollonnawa Raja Maha Viharaya today. The event commenced after a march was held from Rajagiriya to Kollonnawa. Programs to educate the general public were also held.

Speaking at the occasion the head of state noted that he signed the decree for the death penalty today (June 26). President Sirisena added that there would be objections against his decision and that a majority of these objections would be driven by drug racketeers. The President stressed that the death penalty would be imposed in the coming two weeks adding that this is not an issue that can be addressed through compassion.

Commenting on the actions of Philippine President Rodrigo Duterte, the president remarked that 27,000 people linked to drug offenses were killed in the Philippines without any legal cases. While noting that Duterte’s actions were correct, the president stated that his approval of Duterte’s actions has also been condemned by international organizations. The President reiterated that NGOs that attempt to dictate terms to the Government will not be allowed to have their way.

“I signed the decree for the death penalty to protect the children of this country and to protect the people living in this country. The April 21st attacks may have halted our fight against drugs. However, we will not stop. I might be depicted as a wrongdoer but I will do the right thing with honesty, according to my conscience.”

The police have seized 1029Kg of heroin during raids that have been carried out during the year thus far. 20,309 suspects have been arrested during the same period. The Police media spokesperson said that during the year 2018, 737Kg heroin had been seized with 40,987 suspects being arrested.