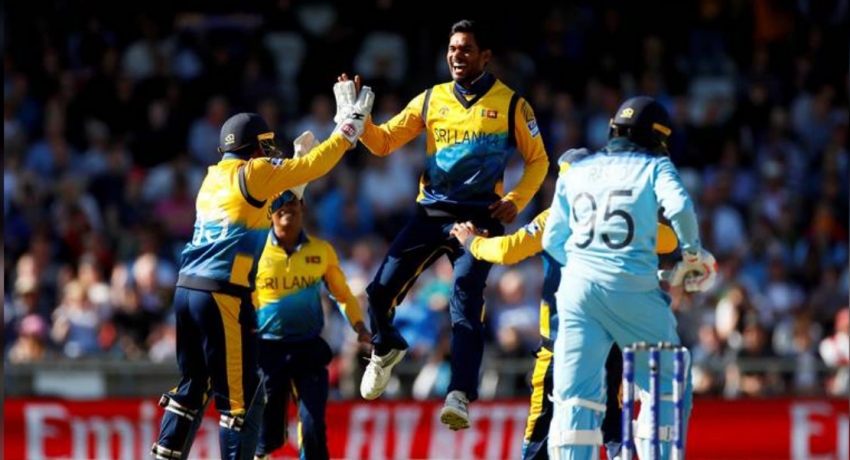 COLOMBO (News 1st): The Sri Lankan team secured a famous victory yesterday (June 21) to further their record of being unbeaten in the World Cup encounters played against England, for 20 years. The team achieved this feat after beating the tournament hosts and favourites, England by 20 runs last evening.

Sri Lanka won the toss and opted to bat first at yesterday’s encounter which was held at Leeds and scored 232 runs for the loss of 9 wickets in their allotted 50 overs. Angelo Mathews who had been unable to make an impact throughout this year’s ICC World Cup until yesterday, played an anchor role, scoring an unbeaten 85 runs and reaching his 38 th ODI half-century in the process. His innings included five boundaries and a six.

Avishka Fernando who was selected in place of Lahiru Tirimanne scored a quickfire 49 runs while Kusal Mendis scored 46.

For England, Mark Wood bagged 3 wickets for 40 runs in 8 overs while Jofra Archer picked up 3 wickets for 52 runs in 10 overs. Chasing a target of 233, Johnny Bairstow and James Vince opened the England innings, however, Lasith Malinga piled on immense pressure on the openers with a controlled spell of bowling. As a result, Johnny Bairstow was dismissed before scoring. James Vince only scored 14 runs. Skipper Eoin Morgan was dismissed for 21 runs.

The Sri Lankan bowling contingent put up a stunning display to restrict 5 English batsmen from reaching double figures. Lasith Malinga picked up 4 wickets for 43 runs in 10 overs, while Dhananjaya de Silva bagged 3 wickets for 32 runs in 8 overs. Isuru Udana picked up 2 wickets for 41 in 8 overs.

Sri Lankan skipper Dimuth Karunarathne speaking after the match said that they knew what was needed to stage a comeback was not losing hope. He continued to say that they were aware that 2-3 wickets could change the game while also adding that it was Malinga and Dhanjaya’s spell that changed the entire game.

Further, he said that this game ended victoriously since they put in their maximum effort to the game and said that if they did apply the same effort that they are capable of putting forth similar performances. The skipper also said that the matches that they had lost were all due to certain minor faults they had and because the three main departments did not operate accordingly. Karunaratne added that they will plan and prepare for the next match in the best way possible. 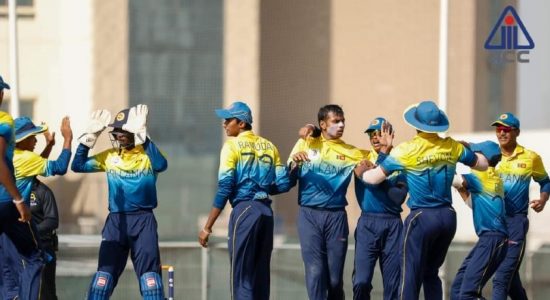 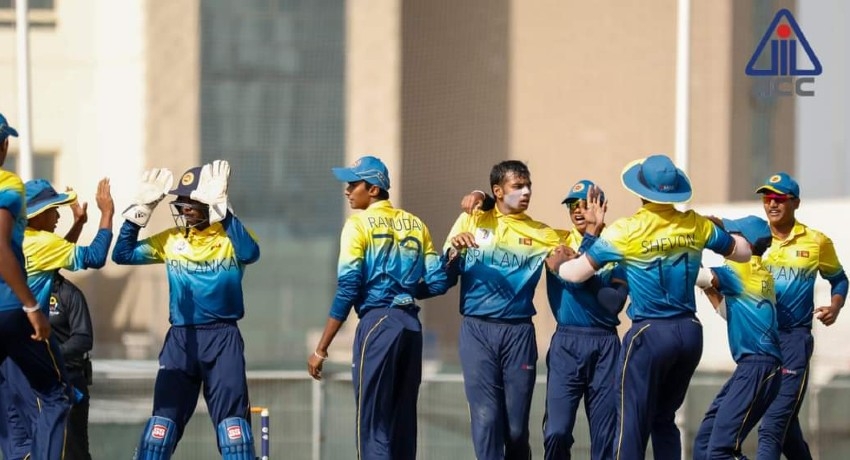