“My statement on UNP and the Muslim community misinterpreted” – Asgiriya Mahanayake

“My statement on UNP and the Muslim community misinterpreted” – Asgiriya Mahanayake

COLOMBO (News 1st): Issuing a special statement the Mahanayake of the Asgiriya Chapter Venerable Warakagoda Gnarathana Thero clarified a recent statement made by him.

He said that there are attempts by certain individuals to misinterpret some advice given by him. He further said that the statements he made regarding the UNP and the Muslim community were all matters discussed among the public. Further speaking about his statement he said that it is a well-known fact that the UNP began and nourished under Hon. D. S. Senanayake and that this party rendered a great service to the people, the nation and the religion.

However, he said that at present due to the certain weaknesses in the UNP that there is dissatisfaction among the people and that there is much displeasure against the government after the acts of a few extremists claiming the lives of hundreds of people in the country.

The Thero further said that if the government does not carry out the task of punishing the perpetrators of the attack after conducting proper investigations that the people will undoubtedly express their displeasure. He added that they have no hate against the Muslim community in general and that just like the Sinhalese, Tamil and Muslim communities co-existed in the past that they hope the communities will co-exist in the same way in future. 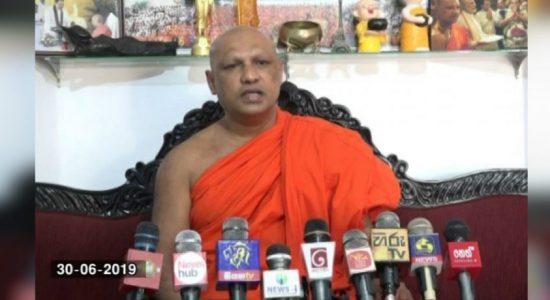 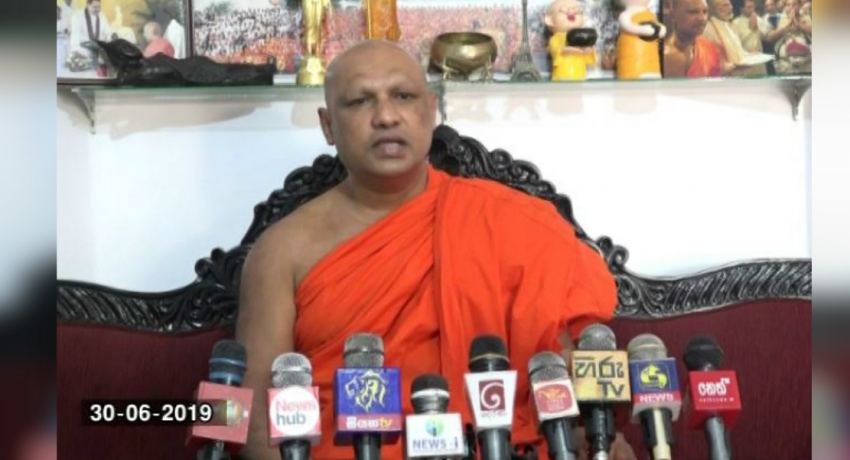 All Muslim ministers step down from positions