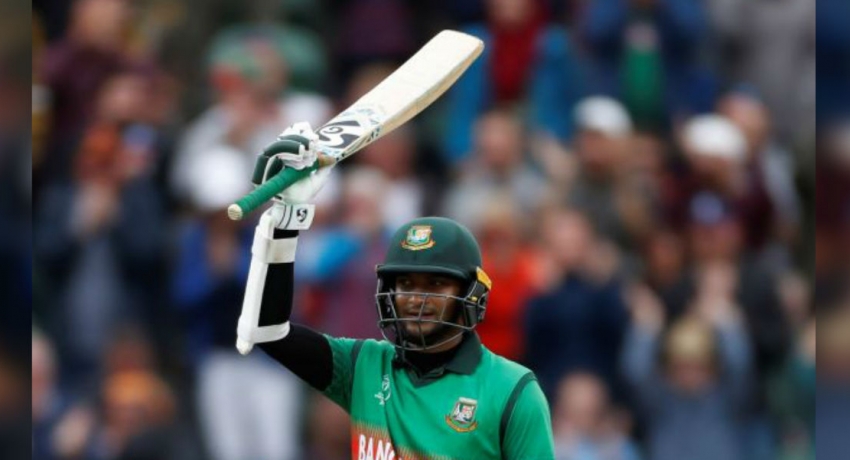 Reuters – Australia have no special plans for Bangladesh’s batsmen ahead of Thursday’s (June 20) World Cup match at Trent Bridge, but dismissing the in-form Shakib Al Hasan early on could hold the key to victory, wicketkeeper Alex Carey said on Wednesday (June 19).

The victory kept fifth-placed Bangladesh firmly in the hunt for a semi-final berth ahead of their next match against second-placed Australia and the holders have identified Shakib and Liton Das as the players who could make the difference.

“Shakib is in really good form, so he’s one guy we want to get out early,” Carey told reporters.

Australia defeated Sri Lanka by 87 runs in their last match to make it four wins from five games.

However, Bangladesh’s outstanding run chase against West Indies has given them the confidence to beat any team in the World Cup, captain Mashrafe Mortaza said ahead of Thursday’s clash.

Bangladesh overhauled West Indies’ total of 321 with 51 balls to spare on Monday (June 17) and Mortaza said his locker room is confident while admitting they have their work cut out for them.

“I know a few players in our dressing room who believe that we can beat anybody. But against Australia, it won’t be easy, for sure, especially the condition and the form they’re taking. I think it won’t be easy. But, as I said, these boys can believe, especially if you have a good start, you never know,” Mashrafe told reporters

Bangladesh’s one-day international record against Australia has been poor, however, with only one win in 21 games against the defending champions.