COLOMBO (News 1st): If the two main political parties come together to govern the country, what impact will it have on the country? It is without a doubt that this will indeed make the country and its people victorious. However, though this took place in the year 2015, a favourable situation as envisaged did not take place. What were the reasons behind this?

When the government of consensus was established, were the conditions that were set by both parties honest conditions that did not possess ulterior motives? Were both parties committed to fulfilling the promises that were made? The 1978 constitution was introduced by President J. R. Jayewardena to ensure political stability in the country. However, the many amendments that were introduced to that constitution are one of the key factors that have resulted in the current situation.

A group of academics argue that the president, who will be elected in the next Presidential election, is unable to hold any ministerial portfolio as a result of the powers being pruned by the 19th amendment.

They claim that this has resulted in the next president, who will be elected, to be a ceremonial figurehead. The academics who oppose the above argument say that since the president is directly elected through the vote of the entire electorate and since the president continues to be the head of the cabinet, he/she will hold a significant amount of power and authority, constitutionally. Some of the main promises that were given by President Maithripala Sirisena during the 2015 Presidential Election campaign, was that he would eradicate corruption, punish those responsible and give up authoritarian powers of the executive.

President Sirisena established a government of consensus with the two main political parties after his victory. He appointed Ranil Wickremesinghe as the Prime Minister, the leader of the United National Party which did not have more than 50 seats in Parliament at the time.

Soon after taking office, without allowing any time to be wasted, President Sirisena, agreed on constitutional changes to tackle corruption and also to relinquish certain powers vested with him. The President had to rely on the parliament for the said constitutional amendments to be carried out.

The Prime Minister and the government came forward with the 19th amendment to the constitution, for this purpose, and presented it to the Parliament. Dr Jayampathy Wickremaratne, M.A Sumanthiran and others who were involved in drafting the said amendment, claimed that it would achieve objectives of higher value and that it was drafted meticulously.

Is this the truth? Doesn’t the fact that the 19th amendment includes clauses that would not allow the parliament to be dissolved before four and a half years, signify that there were ulterior motives behind it?

The people who were involved in the drafting process have now accepted that this was a poorly drafted amendment. Ranil Wickremesinghe also took steps to support the Mahinda Rajapaksa faction in a bid to weaken President Maithripala Sirisena.

Though the UNP vociferously spoke about putting an end to corruption, they did not show any real interest to bring the people who were involved in corruption before 2015, to book. Ranil Wickremesinghe was not able to maintain the trust that is an integral part of a government of consensus. It is no secret that his ambitions were not pure as well. Can anything more be expected from a leader who has sacrificed the aspirations of the party, its popular leaders, the UNP supporters who have placed their trust in the party for over several generations and even the country? 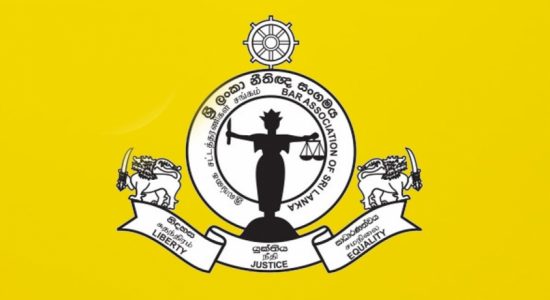