Colombo (News 1st): The Meteorological Department says that South-West Monsoon conditions have been established over the island. Hence showers and windy conditions are expected to enhance further particularly across the south-west.

Heavy rainfall between 100-150 mm is predicted, particularly across the Kalutara, Ratnapura, Galle, Matara, Gampaha and Kegalle districts. 100 mm rainfall is expected at places in the north-western province. Meanwhile strong gusty winds up to 50 kmph are predicted across the western slopes of the central hills and across Northern, North-Central, Uva provinces, and in the Nuwara-Eliya, Ampara, Batticaloa and Puttalam districts. Slightly stronger winds, between 50-60 kmph, are expected over the Jaffna district and Pottuvil area.

Issuing an amber notice, the Met department warns that shores near sea areas off the coast extending from Puttalam to Hambantota via Colombo and Galle may experience surges due to the effect of waves up to 3 meters in height.

Naval and fishing communities, as well as those living along coastal areas, are advised to be vigilant. 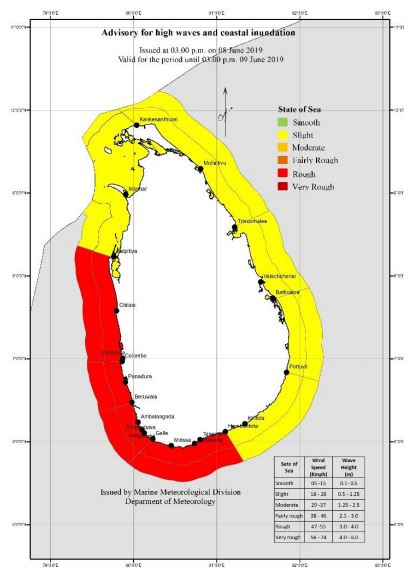 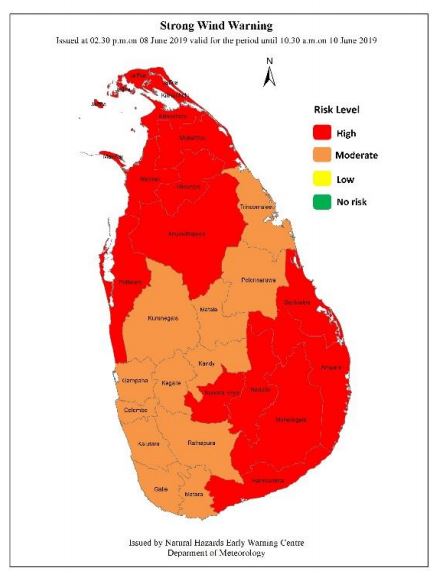 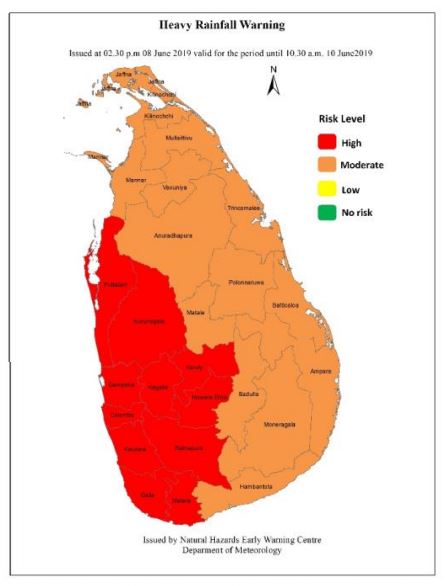