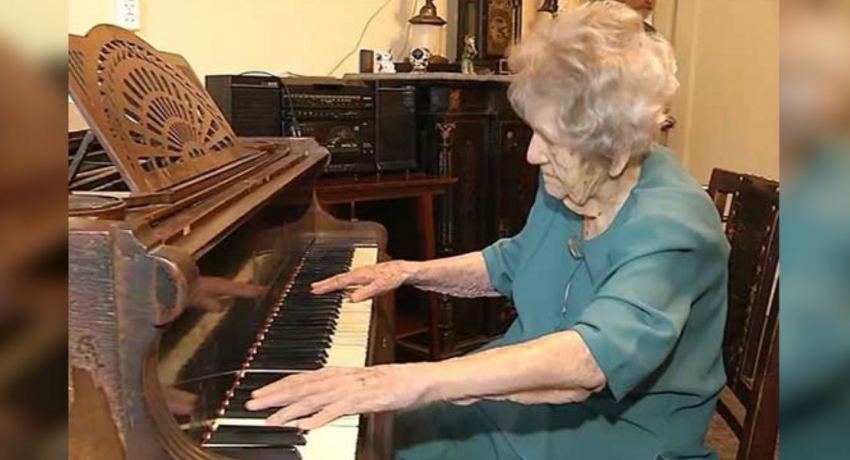 Reuters – 108 year-old Wanda Zarzycka opens her piano and starts playing a melody. As her fingers move quickly and skilfully over the keys, the lines on her hands are the only thing betraying her age.

The ornate wooden instrument, passed down to her from her mother who received it as a wedding gift, is Zarzycka’s most valuable possession in a tiny apartment in Krakow, southern Poland.

As her fingers glide over the keys and her feet rock on the pedals, playing music brings back lots of memories for the pianist.

Zarzycka, one of Poland’s oldest and most talented residents, is a former dancer who fell in love with music as a young girl growing up in Lviv, now in western Ukraine – a city she still remembers fondly. In 1931 she graduated from Lviv’s music conservatory, but soon after when World War Two broke out, she was forced to stop playing.

The piano was brought to Krakow in 1944, five years after Zarzycka’s family fled there from Lviv, which was then a Polish city occupied by the Soviet army.

In spite of the hardships and setbacks she has faced, including breaking her hands aged 80 and being told by doctors that she would never play the piano again, the energetic 108-year-old continues to play daily.

At over a century old, Zarzycka is in good health and puts this down to her devotion to music and God.