This was the second match Sri Lanka played in the 2019 ICC world cup and the first victory in the tournament.

The match was played at Cardiff. Afghanistan won the toss and chose to bowl.

The opening batsmen for Sri Lanka, Dimuth Karunaratne and Kusal Janith built up a strong partnership of 92 runs for Sri Lankan team.

However, the middle order batsmen Danajaya De Silva, Angelo Mathews, Kusal Mendis and Thisara Perera were rendered helpless before the dominating bowlers in the Afghanistan team.

Sri Lankan team scored a total of 201 runs for 36.5 overs for the loss of all wickets.

Kusal Perera delivered, under heavy pressure by scoring a magnificent 78 runs for the team.

The Afghanistan team had a target of 187 runs and the score was reduced to 186 based on Duckworth–Lewis–Stern method due to rain.

Afghanistan only managed to score 152 runs in their innings after 32.4 overs following the formidable bowling attack of the Sri Lankan bowlers.

Following the 1st Sri Lankan victory in the ICC Cricket World cup 2019 against Afghanistan, Sri Lanka spiked its way through the standings to the sixth rank. 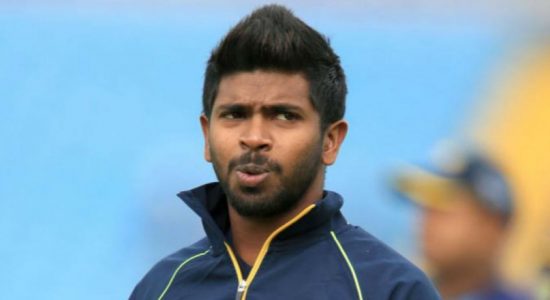