Colombo (News 1st): Speaker Karu Jayasuriya informed parliament today (May 23) that dates for the debate on the no-confidence motion against Minister Rishard Bathiudeen has been fixed on the 18th and 19th of June.

The matter came up in parliament when UPFA MP Vasudeva Nanayakkara questioned the speaker regarding the dates for the debates. He noted that they received information that the dates were fixed, however, the house was not informed of it.

Speaker responding to Nanayakkara said that following requests the party leaders decided to hold the debate in June. He noted that at first only one day was to be allocated, however, following discussions, the leader of the house agreed to allocate two dates (18th and 19th of June).

Responding to this UPFA MP Wimal Weerawansa proposed for all the bills presented by the government in the agenda to be debated and passed by the 4th and for the debate to be taken up on the 6th and the 7th.

However, he noted that the government was adamant not to allocate a day during the first week and that the debate will be held on the 18th and 19th.

MP Weerawansa said that the party leaders meeting ended without a final consensus and proceeded to request the government again to give a date for it. However, disregarding requests to hold it early the speaker noted that the debate will be held on the agreed dates.  Speaker requested the house to accept the final dates.

Responding to this MP Weerawansa noted that taking up the no-confidence motion for a debate on the 18th and 19th is a postponement of the debate. He noted that according to the Prime Minister an interim report on Rishard Bathiudeen will be submitted by a select committee within two weeks.

He noted that they are trying to exonerate him through this report and make a way for them to raise their hands. He went onto request, for the debate to be held on the 6th and 7th.

Leader of the House Lakshman Kirella noted that according to parliamentary tradition, it is the government that decides on the date and not the opposition. 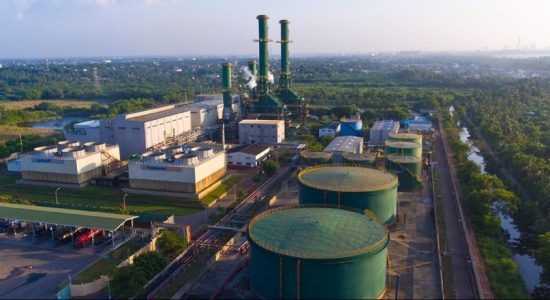