Colombo (News 1st): Sri Lanka Police and the tri-Forces are continuing joint operations to locate explosives, weapons and to arrest suspects connected to the Easter Sunday terror attacks. A search operation conducted in the Samanthurai area was the highlight today (May 1).

A special search operation in Mallaar, Samanthurai was conducted by the Sri Lanka Army and Police this morning. The security forces focused their attention on an abandoned house in the area.

The stock of weapons included two pistols including a micro pistol, live ammunition bullets, detonators, a military uniform with a belt and 7 shotgun shells.

More than 200 gelignite sticks, 40 meters of detonator wires, and 100 kilos of ammonia were seized in a land adjacent to the abandoned property.

Further search operations were conducted using police canine units. Residents in the neighbouring house spoke to the security forces. The son of the house owner was taken to police custody for further interrogation.

General Officer Commanding of the 24th division Major General Mahinda Mudalige noted that the two pistols had been buried this morning.

He added that during the search operation the police canine units took them to a house adjacent to the place where a driver of a politician was residing. Major General Mudalige said they arrested the driver and is currently being interrogated. 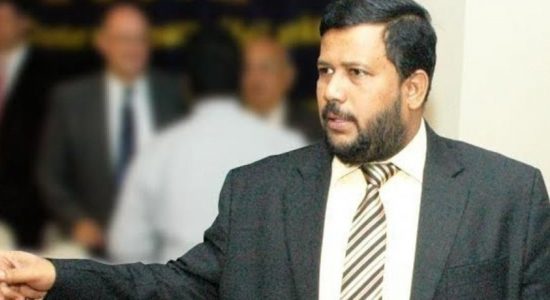