1. Transparency International Sri Lanka yesterday made a cautionary warning on  the controversy surrounding the source of funds for the proposed US$ 3.85 billion oil refinery in Mirijjawila, Hambantota and that Sri Lanka will experience negative impact if it tries to remove itself from the Financial Action Task Force’s (FATF), ‘Grey List.’

3. The 36th Annual Convention of the Sri Lanka Administrative Service Association was held yesterday under the auspices of President Maithripala Sirisena at Nelum Pokuna Theatre in Colombo. He noted that the presidential election will be held at the end of the year according to the provisions of the constitution.

5. UPFA MP Nimal Lanza noted that the Wattala Urban Council called for tenders for the sale of a 77 perch plot of land worth millions belonging to the Wattala-Mabola Urban Council and that none of the potential bidders could get tender forms.

6. Opposition leader Mahinda Rajapaksa noted that there was no power crisis like the one which exists now during his tenure and that if the Sampur power plant which was scheduled to be completed by 2017 was built the country will not have to face the current power crisis.

8. The Criminal Investigations Department has taken steps to hand over “Kanjipani Imran” alias Mohammad Najim Mohammad Imran to the Colombo Crimes Division. Kanjipani Imran along with 3 others arrived in the country last morning after being deported from Dubai.

9. Nihal Ranasinghe was appointed as the Secretary to the Ministry of Education.

10. JVP Anura Kumara Dissanayake noted that it’s been 40 years since the people of the country expected economic growth, freedom, democracy and a stop to fraud and corruption and that the expectation of the people and the rules are different.

This Friday, finish your work and be done
Look forward to the weekend and have some fun! 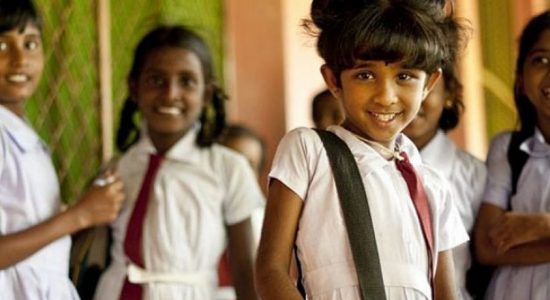