Colombo (News1st) – Water Cannons have been used against the Ceylon Teacher Services union which staged a protest march in Battaramulla today.

The protest match commenced from the Buddadasa Grounds in Battaramulla. The protestors marched on the Ministry of education and staged their protest opposite the entrance of the ministry.

It was at this time that water cannons were deployed to disperse the protestors. 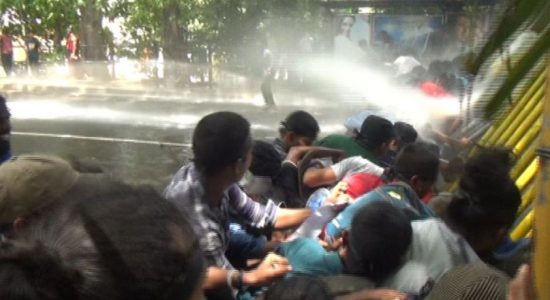 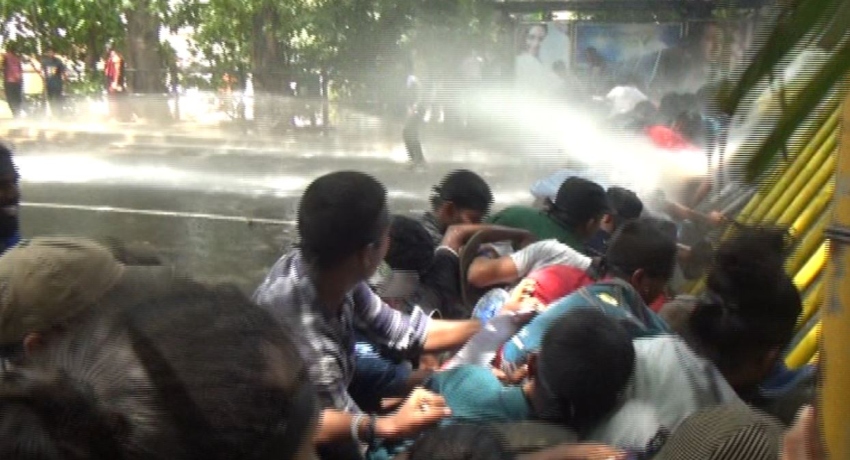